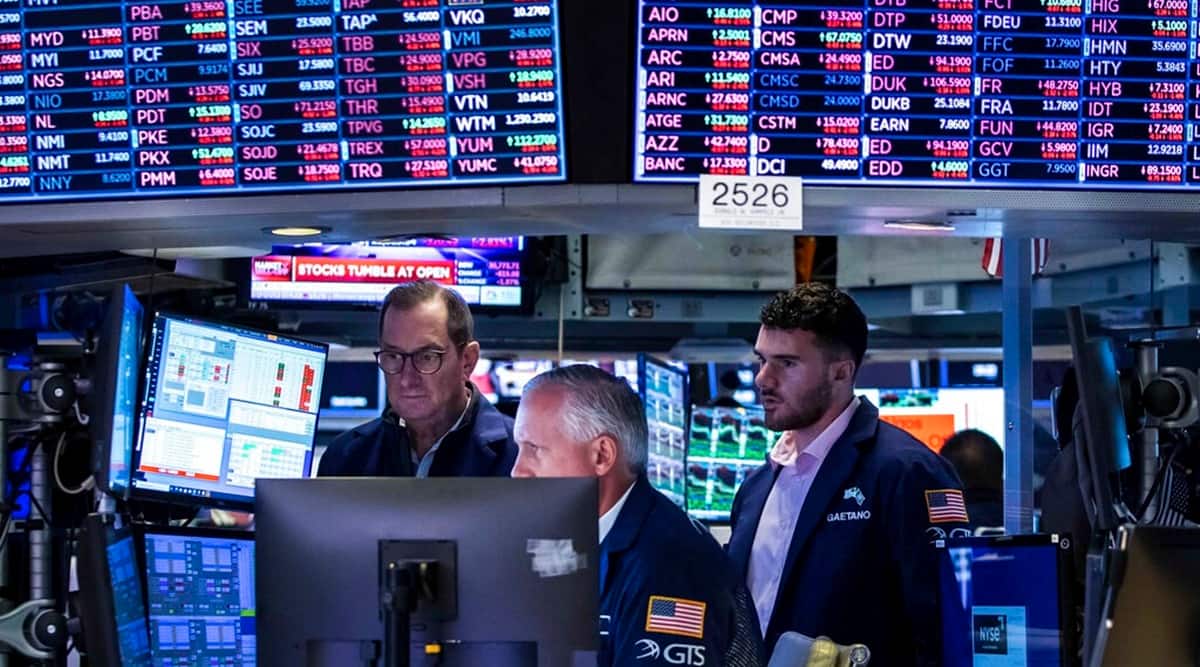 London and Frankfurt gained on the open but fell back slightly later in the morning. Shanghai advanced while Hong Kong ended flat. Tokyo and Paris declined.

On Monday, the benchmark S&P 500 lost 3.9%, taking it 21.8% below its peak. At the center of the sell-off is the US Federal Reserve’s effort to control inflation by raising interest rates. The Fed is scrambling to get prices under control and its main method is to raise rates, but that is a blunt tool that could slow the economy too much, causing a recession.

The retreat on Wall Street initially spooked investors across the world. Australia’s S&P/ASX 200 skidded 3.6% after it reopened Tuesday from a holiday on Monday.

But global markets do not always move in lockstep with New York, and in sharp declines some risk-hardy investors see an opportunity to snap up bargains.

Some economists are speculating that the Fed may raise its key rate by three-quarters of a percentage point when it meets on Wednesday. That’s triple the usual amount and something the Fed hasn’t done since 1994.

“Another day to digest the recent US inflation data, and another day closer to the June FOMC meeting, and global markets, we well as those here in Asia have been demonstrating that they don’t like where the global economy sits right now,” Robert Carnell, regional head of research Asia-Pacific at ING, said in a report.

Apart from jitters over inflation and what central banks are doing to temper surging prices, restrictions to curb the spread of Covid-19 in China also have been weighing on market sentiment in Asia.

The shift by central banks, especially the Fed, toward higher interest rates has reversed the spectacular rise in share prices spurred by massive support for markets after the pandemic hit in early 2020.

Markets are bracing for more bigger-than-usual hikes, on top of some discouraging signals about the economy and corporate profits, including a record-low preliminary reading on consumer sentiment soured by high gasoline prices.

Investors are reconsidering what they’re willing to pay for a wide range of stocks, from high-flying tech companies to industrial conglomerates. Tumbling in tandem with the S&P 500, the Dow industrials sank 2.8% and the tech-heavy Nasdaq composite tumbled 4.7%.

Last month, the Fed signaled additional rate increases of double the usual amount are likely in upcoming months. Consumer prices are at the highest level in four decades, and rose 8.6% in May compared with a year ago.

The moves by design will slow the economy by making it more expensive to borrow. The risk is the Fed could cause a recession if it raises rates too high or too quickly.

One of the more reliable warning signals for an economic recession has been sounding. It involves Treasurys, the IOUs the US government gives to investors who lend it money. The “yield curve,” a chart showing how much in interest different Treasurys are paying, is watched for clues to how the bond market feels about the long-term outlook for the US economy.

On Tuesday, a closely followed part of the yield curve briefly lit up again for the second time this year. Two-year Treasurys traded at 3.39% while 10-year bonds were yielding 3.36%.

Usually, longer-term Treasurys offer higher yields than shorter-term ones, resulting in a chart with an upward sloping line. That’s in part because investors typically demand higher yields to lock away their money for longer, When yields for short-term Treasurys are higher than yields for long-term ones, market watchers call it an “inverted yield curve.” When that chart has a downward sloping line, investors get nervous.

Another factor influencing inflation and investor sentiment is the price of oil. It remained near $120 a barrel on Tuesday, about 60% up so far this year.

Benchmark US crude bounced back from losses earlier Tuesday, gaining 54 cents to $121.47 a barrel in electronic trading on the New York Mercantile Exchange. It gained 26 cents to $120.93 on Monday.

Brent crude, the international standard, gained 62 cents to $122.89 a barrel.