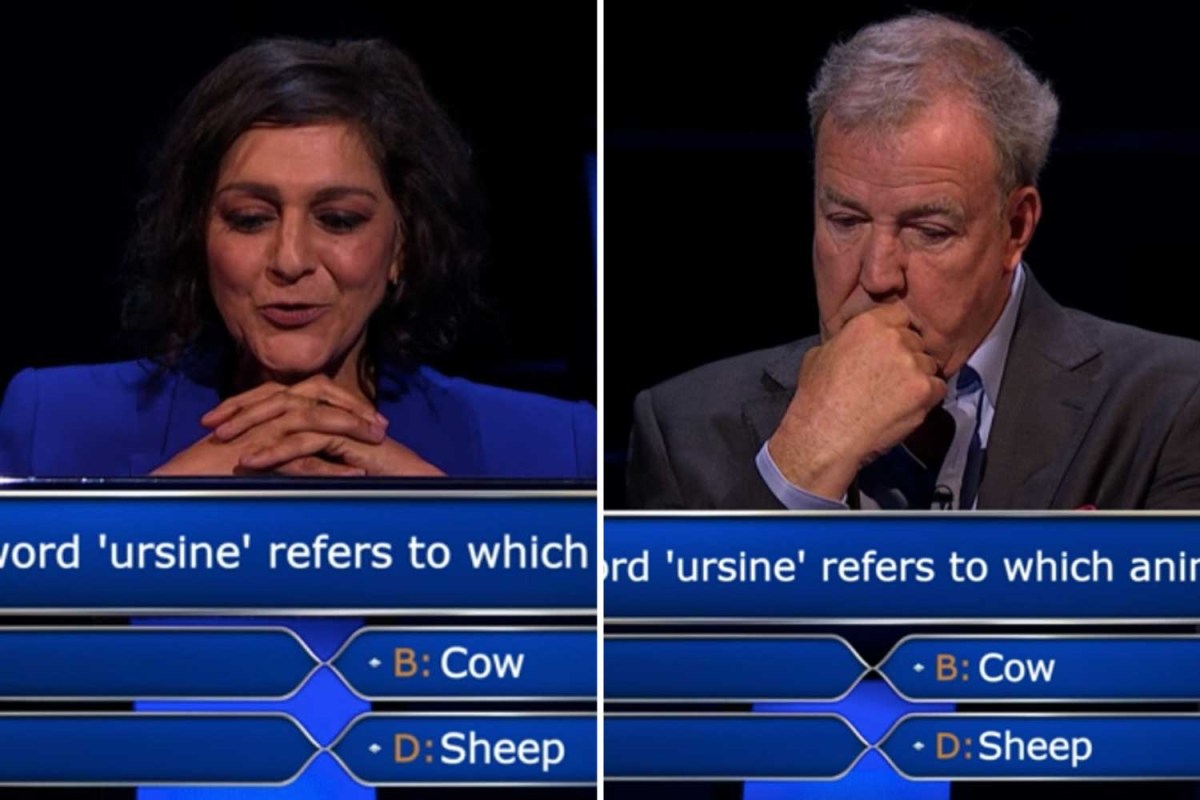 WHO Wants To Be A Millionaire viewers all had the same complaint after an “easy question”- but did you spot it?

This evening comedian Meera Syal took part in the ITV show to try and win some money for the charity Alzheimer’s Society.

The funnywoman got off to a good start, but doubted herself on the £16k question.

She had to decide what animal the word ‘ursine’ refers to out of a wolf, cow, bear or sheep.

She used the lifeline just to be sure – which left cow and bear.

The presenter replied: “Your gut was right that is the right answer!”

But fans of the much-loved show were confused about why she needed to her 50/50.

And they certainly weren’t impressed she “wasted” it.

One took to Twitter and said: “can’t believe she’s getting such an easy question for 16k and wasting lifelines.”

Another replied to their tweet: “All the questions have been quite easy this series. Dumbing down for the celebs?!”

Meera ended up going home with a whopping £62,000 for her chosen charity.

Other fans were quick to point out it wouldn’t have been as easy for a contestant playing in a “normal” episode.

Another said: “The questions are definitely easier when celebrities are playing for charity.”

A third added: “I’m watching #WhoWantsToBeAMillionaire and wondering if I’m suddenly quite clever or if the questions are getting easier? @ITV.”

A fourth chimed in: “I’ve known all the correct answers so far which can only mean they’ve been p**s easy.”