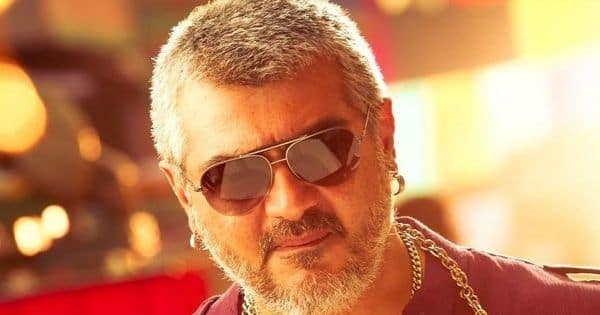 If there is one star who never fails to amaze us with his simplicity it is Ajith Kumar. He is a great actor, an automobile enthusiast and tech geek. He is also very media shy and known for his reluctance to give interviews. We know that he is lovingly called as Thala by his legion of fans. Now, he has put out a note in the media requesting people to only refer to him by his name. The press note reads, “I henceforth wish to be referred to as Ajith, Ajith Kumar or just AK, and not as ‘Thala’ or any other. the prefix before my name. I sincerely wish you all a beautiful life filled with good health, happiness, success, peace of mind and contentment forever. Love, Ajith.” Also Read – Valimai release date out: Thala Ajith’s action thriller to hit screens on this day in 2022

It is a common practice for fans of South Indian superstars to give them monikers. We have Power Star Pawan Kalyan, Young Tiger Junior NTR, Superstar Mahesh Babu and others. The moniker of Thala was given to Ajith Kumar after his 20o1 smash film, Dheenam. Fan clubs have already started making changes in their layouts and bios. At the same time, people are reminded of MS Dhoni. As we know, the captain of Chennai Super Kings is called as Thala by one and all. Check out some of the Twitter reactions here… Also Read – Rajkummar Rao and Patralekhaa wedding: These Top Bollywood stars all set to be the guests at the big-fat wedding in Chandigarh tonight

Accepting ur request AK Sir. We have changed our page name from to AK/Ajith… pic.twitter.com/DRVTf32zmC

Recently every cinema celebtrites calling Dhoni as one and only Thala…

I think Nama Nanbar might have seen Premji in Maanadu and shocked ??

It is a known fact that MS Dhoni is called Thala by the whole of Tamil Nadu. But Thala Ajith is known for his humility. Fans are waiting eagerly for Valimai which is an action entertainer. Huma Qureshi is the leading lady while Kartikeya Gummakonda plays the anti-hero. Also Read – Valimai: THESE leaked stills of Thala Ajith’s jaw-dropping bike stunt make us wish the movie releases tomorrow