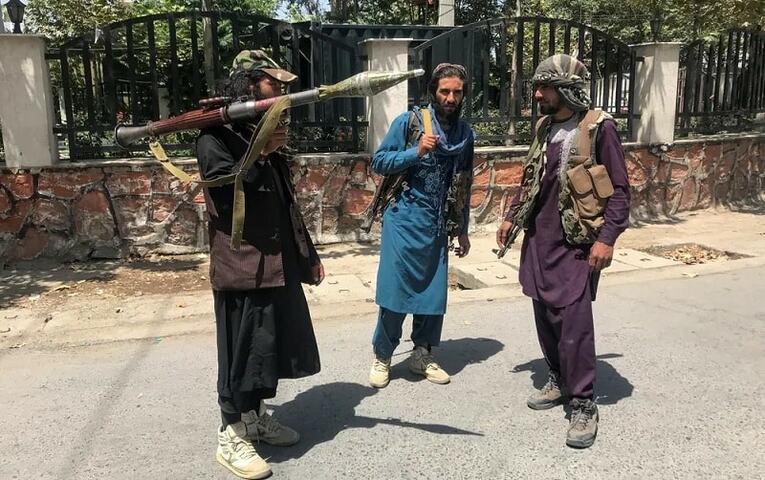 The United States on Saturday led a group of Western nations and allies in condemnation of the Taliban over alleged “summary killings” of former members of the Afghan security forces reported by rights groups, demanding quick investigations.

“We are deeply concerned by reports of summary killings and enforced disappearances of former members of the Afghan security forces as documented by Human Rights Watch and others,” read a statement by the United States, the European Union, Australia, Britain, Japan and others, which was released by the State Department.

“We underline that the alleged actions constitute serious human rights abuses and contradict the Taliban’s announced amnesty,” the group of nations said, as it called on Afghanistan’s new rulers to ensure the amnesty is enforced and “upheld across the country and throughout their ranks.”

Early this week Human Rights Watch (HRW) released a report that it says documents the summary execution or enforced disappearance of 47 former members of the Afghan National Security Forces, other military personnel, police and intelligence agents “who had surrendered to or were apprehended by Taliban forces” from mid-August through October.

“Reported cases must be investigated promptly and in a transparent manner, those responsible must be held accountable, and these steps must be clearly publicised as an immediate deterrent to further killings and disappearances,” the countries — which include Canada, New Zealand, Romania, Ukraine and several European nations — said in their statement.

“We will continue to measure the Taliban by their actions.”

The Taliban took power in Afghanistan in August as the US-backed government in Kabul and the country’s military collapsed.

Their return to master the country came some 20 years after they were driven out by US forces who ended a fundamentalist rule that earned opprobrium for its brutal treatment of women, failure to uphold human rights and harsh interpretation of Islam.

Today’s Taliban leaders, keen to gain international respectability, have pledged their regime will be different.

But the new government has continued to carry out violent punishments, and the United Nations has expressed concern about “credible allegations” that the Taliban has carried out reprisal killings since their victory, despite the promises of amnesty for the fallen government’s troops.

In its report, HRW said Taliban leaders have directed surrendering security forces to register with authorities in order to be screened for ties to certain military or special forces units, and to receive a letter guaranteeing their safety.

“However, the Taliban have used these screenings to detain and summarily execute or forcibly disappear individuals within days of their registration, leaving their bodies for their relatives or communities to find,” HRW said.

Washington held talks with Taliban officials earlier this week, the second round of discussions since US forces left.

At the talks, in Doha, US officials urged the group to provide access to education for women and girls across the country.

It also “expressed deep concern regarding allegations of human rights abuses,” a US spokesman said.