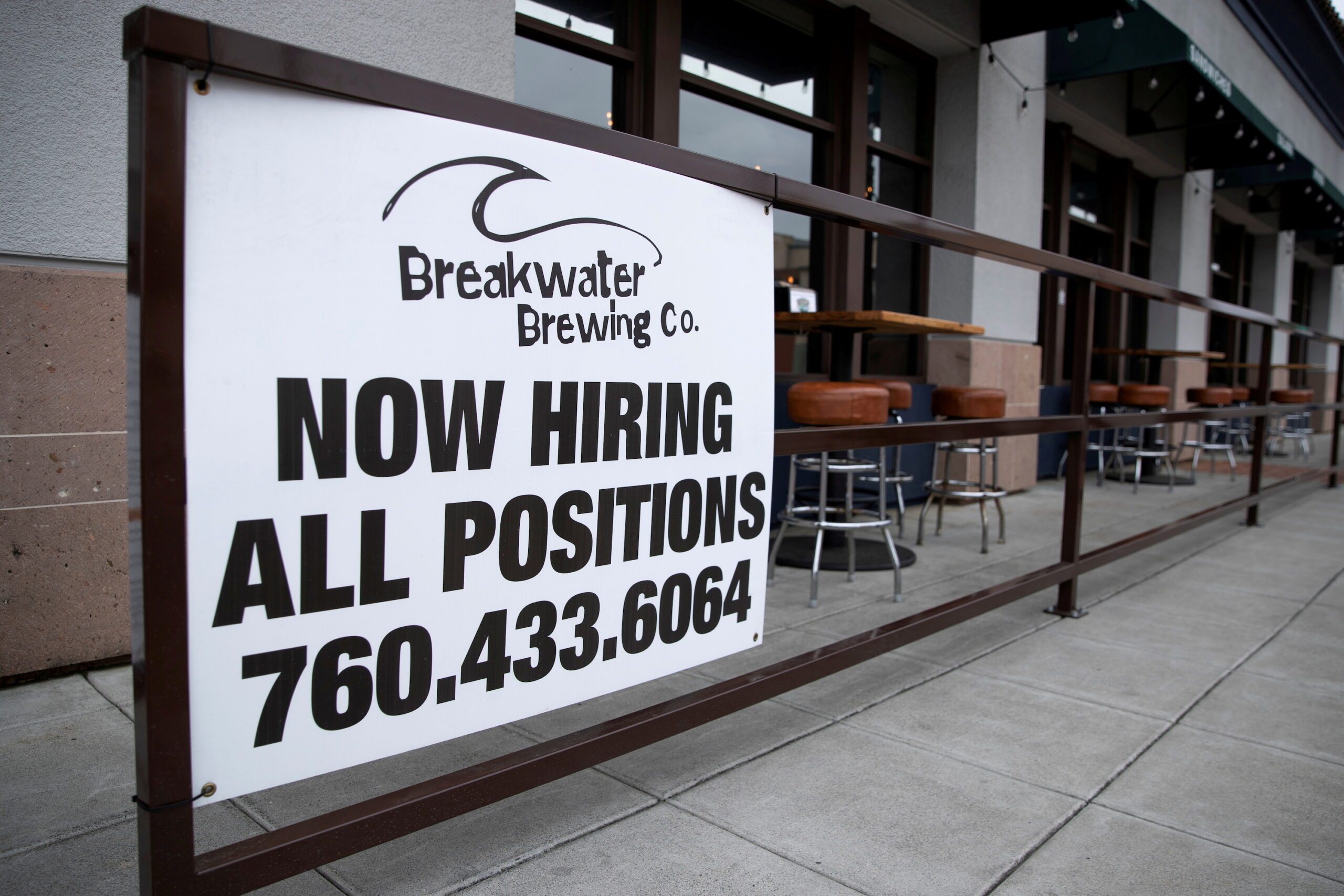 WASHINGTON, USA – The number of Americans filing new claims for unemployment benefits increased less than expected last week, pointing to tightening labor market conditions, while layoffs tumbled to the lowest level in 28 and a half years in November.

The weekly unemployment claims report from the labor department on Thursday, December 2, the most timely data on the economy’s health, also showed jobless benefits rolls falling below 2 million for the first time since the COVID-19 pandemic started in the United States nearly two years ago.

The upbeat news on the labor market added to strong consumer spending and manufacturing data in suggesting that the economy was accelerating after hitting a speed bump in the third quarter. The Omicron variant of the coronavirus, however, poses a risk to the brightening picture.

Federal Reserve Chair Jerome Powell in a nod to the strengthening economy told lawmakers this week that the US central bank should consider accelerating the pace of winding down its bond purchases at its December 14-15 policy meeting.

“Companies are not laying off workers like they did during the recession,” said Christopher Rupkey, chief economist at FWDBONDS in New York. “Powell was right to hint the Fed might speed up the tapering process because a tight labor market means increasing wage demands will stoke the fires of inflation.”

Initial claims for state unemployment benefits rose 28,000 to a seasonally adjusted 222,000 for the week ended Saturday, November 27. Claims dropped to 194,000 in the prior week, which was the lowest number since 1969.

They tend to be volatile around this time of the year. Economists polled by Reuters had forecast 240,000 applications for the latest week. Claims have declined from a record high of 6.149 million in early April 2020.

Unadjusted claims fell 41,622 to 211,896 last week amid sharp declines in filings in California, Texas, and Virginia, which offset notable rises in North Carolina and Wisconsin.

“Before seasonal adjustment, claims generally move higher in the colder months, but the related layoffs may not be occurring like normal this year because of the tight labor market,” said Daniel Silver, an economist at JPMorgan in New York. “This could continue to occur in the coming weeks.”

Stocks on Wall Street were trading higher. The dollar dipped against a basket of currencies. US Treasury prices fell.

The claims data has no bearing on the department’s closely watched employment report for November, scheduled to be published on Friday, December 3, as it falls outside the period during which the government surveyed businesses and households for the nonfarm payrolls count and the unemployment rate.

Claims declined between mid-October and mid-November.

According to a Reuters survey of economists, nonfarm payrolls probably increased by 550,000 jobs last month after rising 531,000 in October. The unemployment rate is forecast dipping to 4.5% from 4.6% in October.

Also arguing for continued improvement in the labor market, the ADP National Employment Report on Wednesday, December 1, showed private payrolls increased by 534,000 jobs last month. A measure of manufacturing employment rose to a seven-month high, a survey from the Institute for Supply Management showed.

The Conference Board’s labor market differential – derived from data on consumers’ views on whether jobs are plentiful or hard to get – jumped to a record high in November.

The run of good news on the labor market continued, with another report on Thursday from global outplacement firm Challenger, Gray & Christmas showing job cuts announced by US-based employers dropped 34.8% in November to 14,875, the fewest since May 1993.

The Fed’s Beige Book on Wednesday described employment growth ranging from “modest to strong” across the US central bank’s districts during October and early November, with contacts noting “persistent difficulty in hiring and retaining employees.”

There were 10.4 million job openings as of the end of September. The workforce is down 3 million people from its pre-pandemic level, despite generous federal government-funded benefits expiring, schools reopening for in-person learning, and companies raising wages.

Thursday’s claims report showed the number of people receiving benefits after an initial week of aid plunged 107,000 to 1.956 million in the week ended November 20.

The lowest level in the so-called continuing claims since mid-March 2020 likely reflected a combination of people exhausting their benefits as well as finding work. A total 2.31 million people were receiving unemployment checks under all programs in mid-November.

Still, labor supply could remain tight. A survey from the Chamber of Commerce on Thursday showed no urgency to return to work among many Americans who lost their jobs during the pandemic and remain unemployed.

“It is increasingly clear that the workforce challenges facing our country extend beyond those induced by the pandemic and we cannot simply assume that people will return to the workforce,” said Chamber of Commerce president Suzanne Clark. – Rappler.com