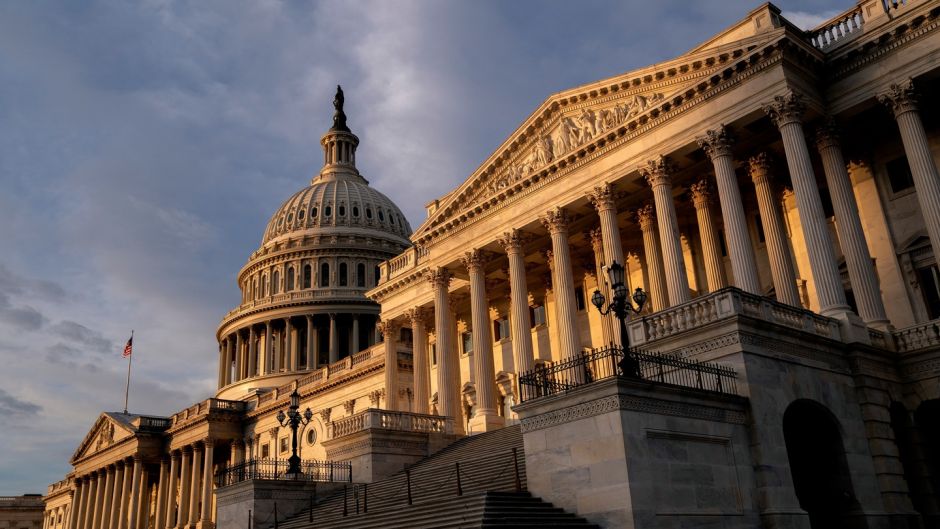 The US Congress has given final approval to legislation to keep the government funded through mid-February, after Republicans dropped a threat to force a shutdown over the Biden administration’s vaccine mandates.

With less than 36 hours before funding was set to lapse, politicians united behind a deal that would keep the government open through February 18th and provide $7 billion for the care and resettlement of Afghan refugees.

The House voted 221-212 to approve the measure, with just one Republican, Adam Kinzinger of Illinois, joining Democrats in support.

The Senate then cleared the bill on a 69-28 vote, sending it to president Joe Biden’s desk for his signature. The action came after senators voted down an amendment to bar funding to carry out Mr Biden’s vaccine mandates for tens of millions of US workers, including many in the private sector. Nineteen Republicans joined all 50 Democrats in supporting the spending measure.

Party leaders announced a deal on the bill Thursday after days of haggling. But the fate of the legislation remained in doubt for much of the day in the Senate, where unanimity was needed to expedite the bill’s passage before funding lapsed. A few Republicans threatened to object until they were granted a vote on defunding the vaccine mandates.

“I’m glad that in the end, cooler heads prevailed and the government will stay open,” said Sen Chuck Schumer of New York, the majority leader. “I thank the members of this chamber for walking us back from the brink of an avoidable, needless and costly shutdown.”

Leaders in both parties had warned against a government shutdown and had urged their colleagues to find alternative ways to register their opposition to the vaccine mandate.

Multiple politicians and aides noted that the Senate was already on track to vote later this month on a Republican bid to roll back the rule for private sector employees.

Senior Democrats and Republicans in Congress hailed the spending agreement, saying it would afford them more time to resolve outstanding disputes and approve longer-term legislation to fund the government next year.

Facing objections from Republicans, Democrats dropped a push to avert billions of dollars in looming cuts to Medicare, farm subsidies and other programmes.

A majority of congressional Republicans opposed the spending bill, known as a continuing resolution.

“While I’m sure President Trump will be only too delighted to have his last budget continue for almost a year after he left office, there is real work left to be done,” said Tom Cole, a member of the House Appropriations Committee. “Perhaps what is most frustrating has been the way in which the majority has bungled reaching a relatively simple deal on this particular continuing resolution.” – New York Times