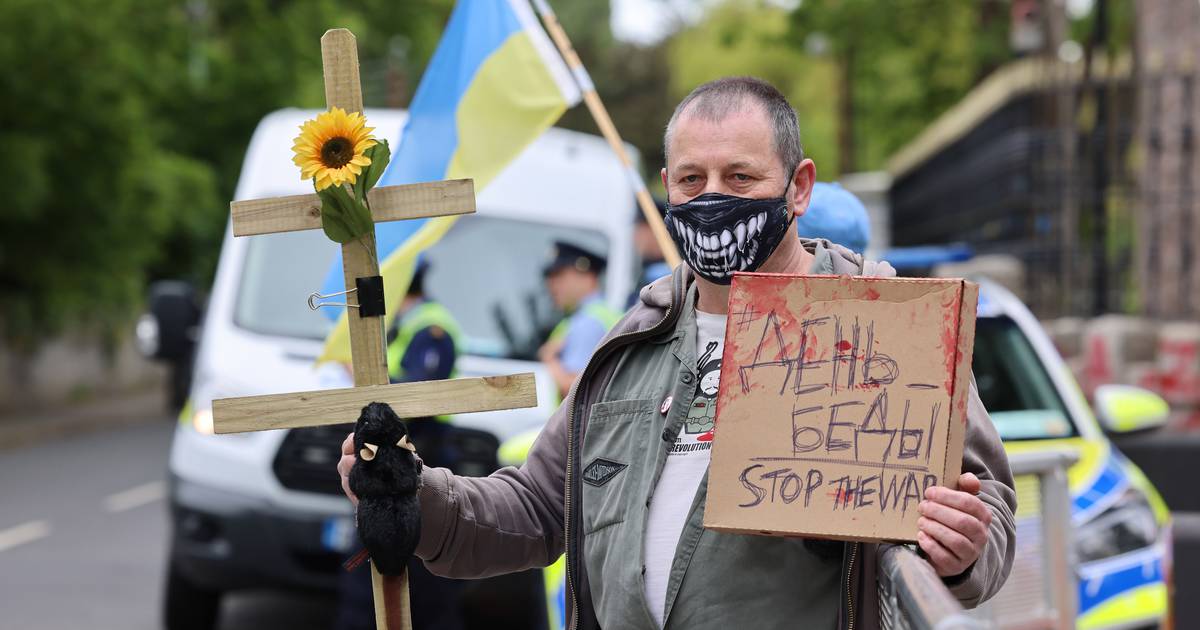 Ukrainian flags are to be extended along the remainder of the road home to the Russian embassy in Dublin following a vote by local councillors.

The flags have been flying on about half of Orwell Road in south Dublin as an initiative of Dublin City Council in support of Ukraine following its invasion by Russian forces.

The other portion of the road falls in the area administered by Dún Laoghaire-Rathdown County Council, whose councillors agreed to extend the gesture.

“I’d say it’s kind of half and half. It’s to show that continuity on the entire road,” said outgoing Cathaoirleach Lettie McCarthy, who agreed to expedite the issue at Monday’s council meeting.

“The main reason we want the flags on that road is sending quite a clear message to the Russian embassy.

“The people on the road, yes they are in favour of having the flags. Certainly, what was reported to us at the council was that residents were looking for this; for Dún Laoghaire-Rathdown to put the flags on the other part of the road so that it didn’t look like there was a divide.”

At 3km, Orwell Road is one of the longest in Dublin. The embassy, which sits closer to the Windy Arbour end, has become something of a focal point for Irish opposition to the war.

As well as accommodating a large trade union led protest last March, the front gates of the official residence have been vandalised. In April, Russian officials reportedly complained that oil companies were refusing to deliver supplies to the building.

However, an early idea to rename the street Independent Ukraine Road did not materialise. Although the process had begun among elected representatives, it subsequently emerged many residents were not in favour of the change.