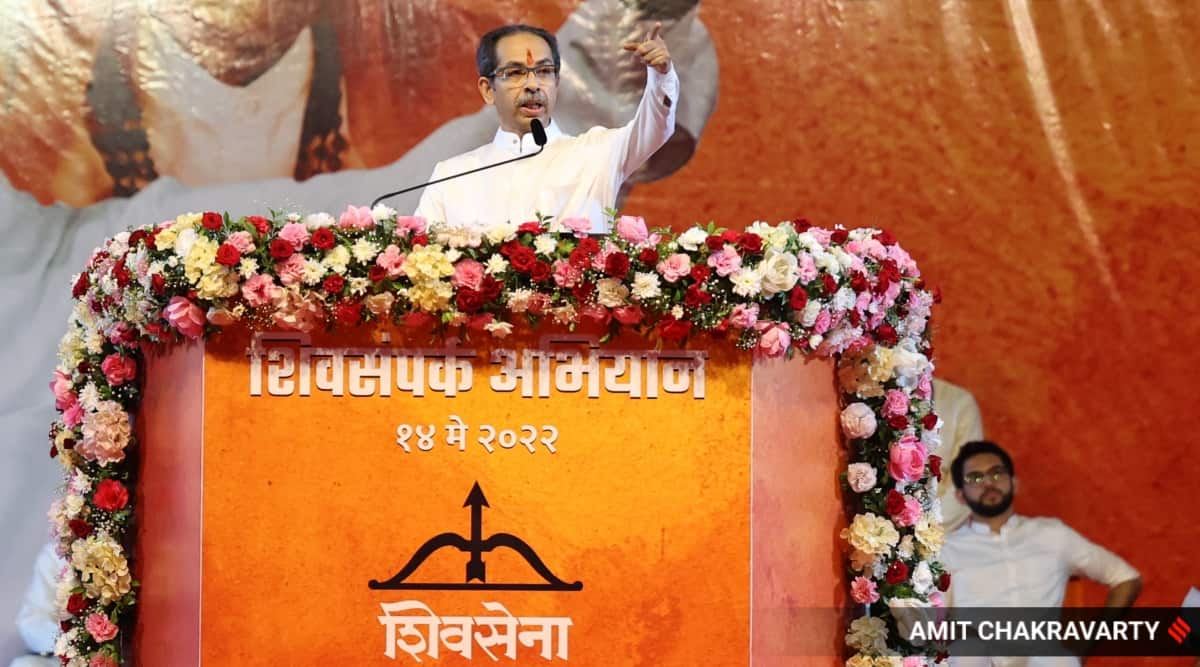 In his first mega rally for the reason that Covid-19 pandemic broke out, Chief Minister and Shiv Sena president Uddhav Thackeray attacked the BJP, stating that the occasion was propagating a pretend model of Hindutva and misguiding the nation.

“Nowadays, all parties, including one that has dawned a veil of fake Hindutva, which was with us earlier, are misleading the entire nation,” Thackeray stated whereas addressing the Sena’s Shiv Sampark Abhiyan rally at BKC floor in Mumbai.

Blaming the BJP for distorting Hindutva ideology, he added that an phantasm was being created that the BJP is the one protector and custodian of Hindutva.

The rally got here within the backdrop of BJP chief Devendra Fadnavis holding a rally in Mumbai on May 1. It additionally comes after MNS chief Raj Thackeray held three back-to-back rallies in Mumbai, Thane and Aurangabad over the problem of elimination of loudspeakers from mosques and subsequently, tried to nook Sena and tried to point out himself because the true inheritor of Hindutva.

The CM additionally took a dig on the RSS, saying it by no means participated within the freedom struggle towards the British. Alleging that the BJP was attempting to mislead the nation with the pretend narrative of Hindutva, he reiterated that the Shiv Sena was dedicated to taking ahead the concepts related to Bal Thackeray’s Hindutva. He added that these concepts have been based mostly on “nationalism and not communalism”. Thackeray alleged that the Mumbai-Ahemabad bullet prepare undertaking is a plot to separate Mumbai and the folks of Maharashtra by no means requested for it.

Thackeray additionally took on the problems of inflation, unemployment, the battle in Kashmir and the killings of Kashmiri Pandits within the Valley. “Why don’t you speak on these issues? This is not our Hindutva. You are just trying to distract the public and the country from real issues,” he requested the Union authorities and the BJP. 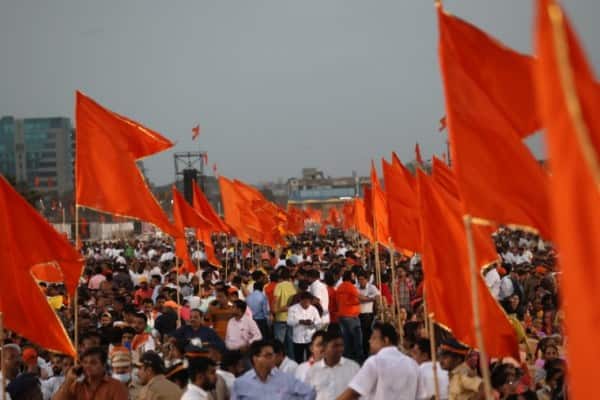 At the rally held in BKC floor on Saturday. (Amit Chakrabarty)

Taking an oblique jibe at BJP chief Kirit Somaiya and Independent MLA Ravi Rana and his spouse, Independent MP Navneet Rana, who’ve obtained safety from the Union authorities, Thackeray stated: “Instead of giving security to Kashmiri Pandits, the Centre is giving Z+ and Y+ securities to those who create nuisance in Mumbai.”

Referring to the killing of Kashmiri Pandit Rahul Bhat by terrorists within the Valley, he requested, “What will you (BJP) do now? Will you go and recite Hanuman Chalisa there?”

On growth of Maharashtra, he stated, “The BJP is not liking the way Maharashtra is progressing and developing and that’s why it is trying to portray as if there is a law and order issue in the state. They are trying to defame Maharashtra. We being patient doesn’t mean we are weak.”

“They are trying to defame and distort Maharashtra as any jilted lover does by throwing acid on the girl… They are targeting us with ED and CBI. We will not leave you if you implicate our leaders in fake cases. Befitting reply will be given and it will not be forgiven…,” the CM added.

Taking a dig at Raj Thackeray with out naming him, the CM in contrast him to the character Munna bhai in a film sequence of the identical title. “…A Munna bhai here thinks of himself as Balasaheb (Shiv Sena founder Bal Thackeray) and wears a shawl… at least Munna bhai in the movie did some good deeds,” he stated.

Recently, Raj Thackeray had don a saffron scarf whereas performing aarti of Lord Hanuman on the event of Hanuman Jayanti.

Alleging that the Centre was misusing central companies, the CM stated, “Nowadays, they (Centre) are behind Dawood Ibrahim, Tomorrow, if Dawood says that he will join BJP, then he might become a minister… once he joins BJP, they will say ‘Dawood is innocent’.”