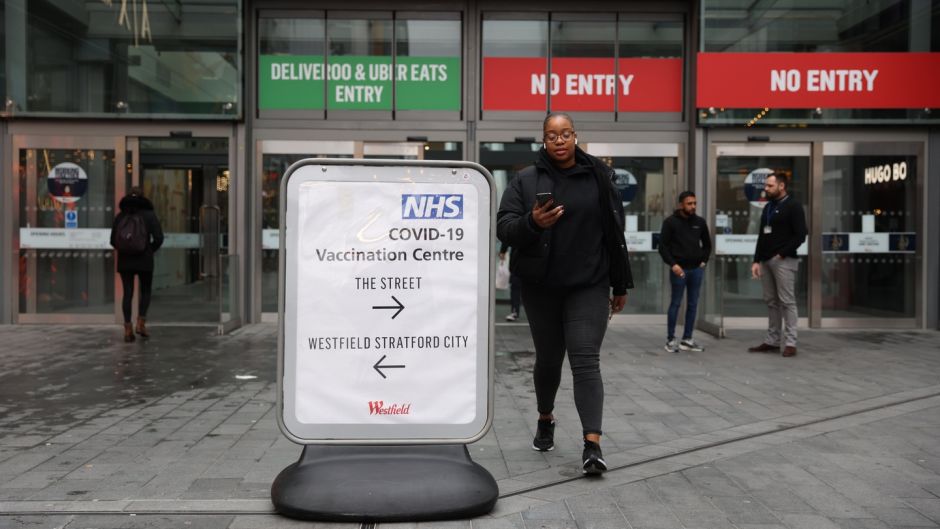 The Omicron variant is “spreading pretty rapidly” across the UK and new travel rules will be too late to prevent a potential wave of infections, one of the government’s scientific advisers has said.

Ministers have announced all passengers arriving in the UK will have to take a pre-departure Covid test because of fears about the spread of the new variant. The measures will be introduced on Tuesday. Travellers from the Common Travel Area are excluded from the measures.

Prof Mark Woolhouse, a member of the Scientific Pandemic Influenza Group on Modelling (Spi-M), said the move was too late to make a “material difference”. Asked about the new travel rules on BBC One’s The Andrew Marr Show, he said: “I think that may be a case of shutting the stable door after the horse has bolted.

“If Omicron is here in the UK, and it certainly is, if there’s community transmission in the UK, and it certainly looks that way, then it’s that community transmission that will drive a next wave. The cases that are being imported are important, we want to detect those and isolate any positive cases we find, as we would for any case anywhere. But I think it’s too late to make a material difference to the course of the Omicron wave if we’re going to have one.”

The latest figures from the UK Health Security Agency (UKHSA) show that a further 26 cases of the variant had been reported across the UK as of Saturday night, taking the total so far to 160. “The numbers are still quite small, so the absolute number of Omicron cases in the UK, I would strongly suspect, is more in the hundreds than the thousands,” Prof Woolhouse, a professor of infectious disease epidemiology at the University of Edinburgh, said.

“The Omicron variant is highly transmissible, it appears to be spreading very rapidly in South Africa and the early signs are that it’s spreading pretty rapidly in the UK too,” he said. “If those trends continue then over the course of the coming weeks and months, Omicron could even come to replace Delta entirely right around the world.”

Despite the threat posed by the variant, however, vaccines would still be “very, very good” against it, he said. “Vaccinologists and immunologists think that this variant won’t evade the vaccines entirely. It’s important to remember that against the Delta variant, which is a different variant, the booster vaccinations have turned out to be very effective, well into the 90 per cent protection against infection but also against disease and putting people in hospital. So even if the vaccines were slightly less effective against Omicron they would still be very, very good.”

A South African health researcher has said early data suggests the new variant is highly transmissible, but that it has a less than 1 per cent chance of re-infection and typically results in “milder” disease.

Speaking to Andrew Marr, Prof Willem Hanekom, the director of the Africa Health Research Institute in South Africa, said: “We know three things that we didn’t know last week, the first thing is that the virus is spreading extraordinarily fast in South Africa, the increase in cases is much steeper than it’s been in the past three waves so it seems that Omicron is able to spread very easily and virtually all the cases that we see in South Africa right now are Omicron.

“The third little bit of data we have already relates to clinical cases and how severe the disease is. The only data suggests the disease may occur more in younger people and mostly younger people who are unvaccinated and overall so far the disease has appeared to be milder but again I want to say we have to be cautious. These are very early days.”

The statistician Prof Sir David Spiegelhalter echoed Prof Hanekom’s comments Omicron did not look “really severe” when people got it, he said. He told Trevor Phillips on Sunday on Sky News: “In South Africa there’s data coming out showing pretty strong evidence that the increased risk of transmission and some evidence about people going to hospital, but it may actually be milder but we haven’t got enough data yet to be able to say. It doesn’t look as if it’s really severe if you get it, I think that’s about all we can say at the moment.” – Guardian