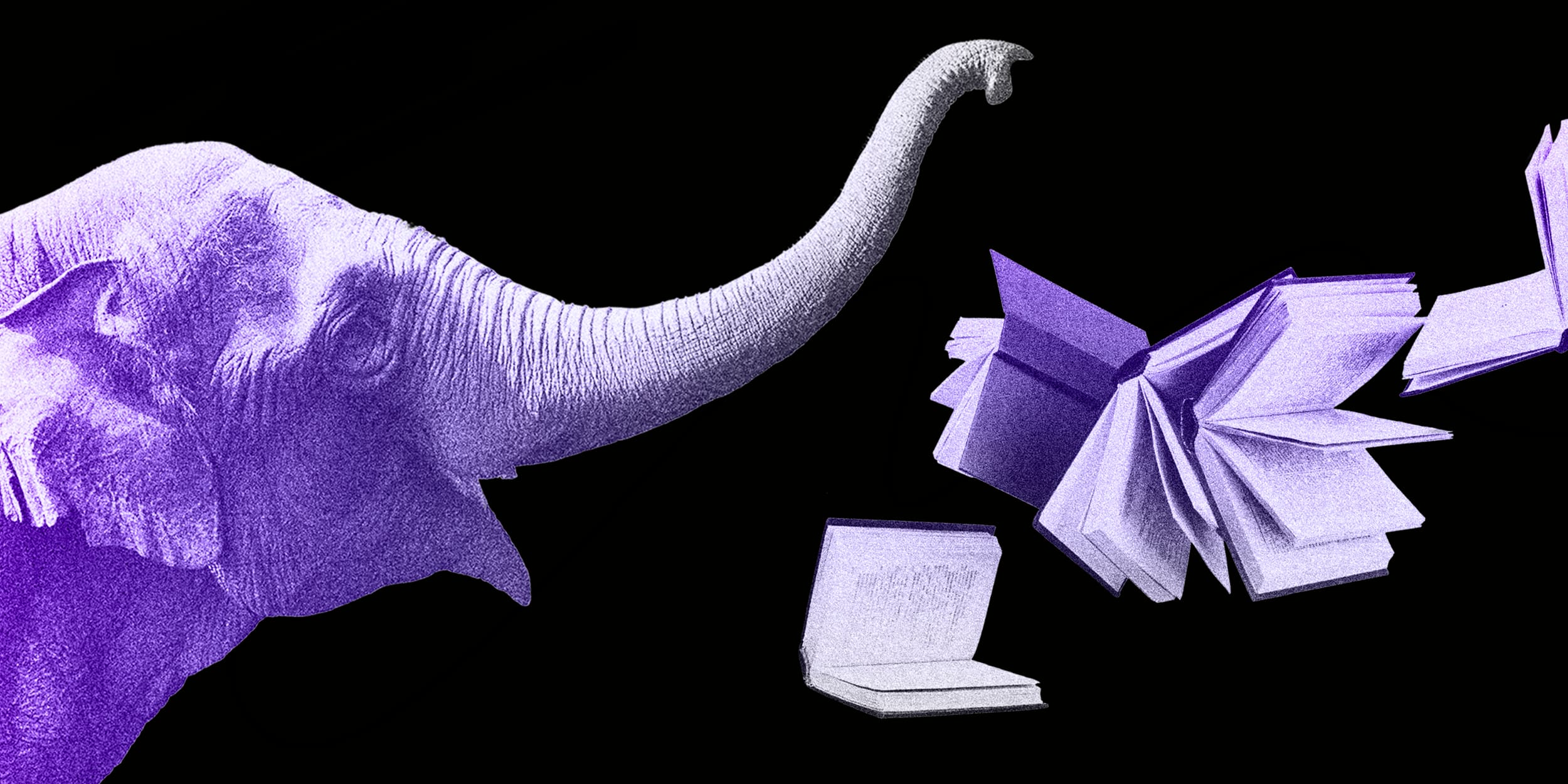 Over the last two years, conservative lawmakers and activists have desperately tried to revise America’s violent, discriminatory history by attacking teachers and school administrators who believe their students should learn about it. In states across the country, conservatives are trying to remove and ban books that educators use to teach about America’s inequitable past and present.

In response to conservative censorship efforts, The ReidOut Blog will be sharing lists of banned books you should absolutely read. Trust us — not the proudly ignorant conservatives trying to force America’s kids into a stupor.  This first list comes from Joy!

Since Nikole Hannah-Jones’ “The 1619 Project” made its debut in 2019, conservatives have used it as a scapegoat to attack nonwhite educators and lesson plans about inequality. The collaborative writing project sought “to reframe the country’s history by placing the consequences of slavery and the contributions of Black Americans at the very center of the United States’ national narrative,” said Jake Silverstein, the editor-in-chief of The New York Times Magazine.

In other words, it defies the fiction spun primarily by white conservatives who offer rosy depictions about how the U.S. came to be.

Many conservative groups have tried to ban “The Bluest Eye,” Toni Morrison’s bestselling debut novel, since its publication in 1970. The book tells the story of Pecola Breedlove, an 11-year-old Black girl in Ohio who prays for the blond hair and blue eyes she believes will make her beautiful. The novel depicts the struggle of a Black family living in a racist community, and conservatives have focused on its references to sexual abuse in an effort to ban it from high school reading lists.

Conservative groups throughout the country have sought to ban this autobiographical children’s book by civil rights legend Ruby Bridges, who wrote about her experience integrating Louisiana’s William Frantz Elementary School in 1960. Bridges faced a mob of angry, white racists en route to class and needed a police escort to accompany her. In Tennessee, the head of one conservative organization seeking to ban the book said its description of a “large crowd of angry white people who didn’t want Black children in a white school” too harshly delineated between Black and white people.

‘In the Dream House’

“In the Dream House,” a memoir by Carmen Maria Machado, delves into an emotionally and physically abusive same-sex relationship she had with a partner. Some conservatives, including the school board in Leander, Texas, have targeted the book for removal from high school reading lists. “In the Dream House” was listed among several books high school students could choose to read before it was banned in the district this year.

“Fun Home,” an award-winning graphic memoir by Alison Bechdel, primarily explores her relationship to her father, a funeral director and schoolteacher who came out as gay, as well as her own gender and sexual identity. The book chronicles Bechdel’s coming into her identity as a lesbian, and it examines what she learned about herself and the world through her father. A group of parents in Clark County, Nevada, had it removed from at least one high school’s reading list last year.

‘Martin Luther King, Jr. and the March on Washington’

This is a children’s book by Frances E. Ruffin about Martin Luther King Jr.’s famed “I Have a Dream’’ speech and his involvement with the March on Washington. King is just about the only civil rights figure conservatives care to refer to — although they typically use his words only cynically and out of context. But now, conservative parents in Tennessee are actively trying to ban this story from schools completely.

Yet another reason to spend less time on Facebook