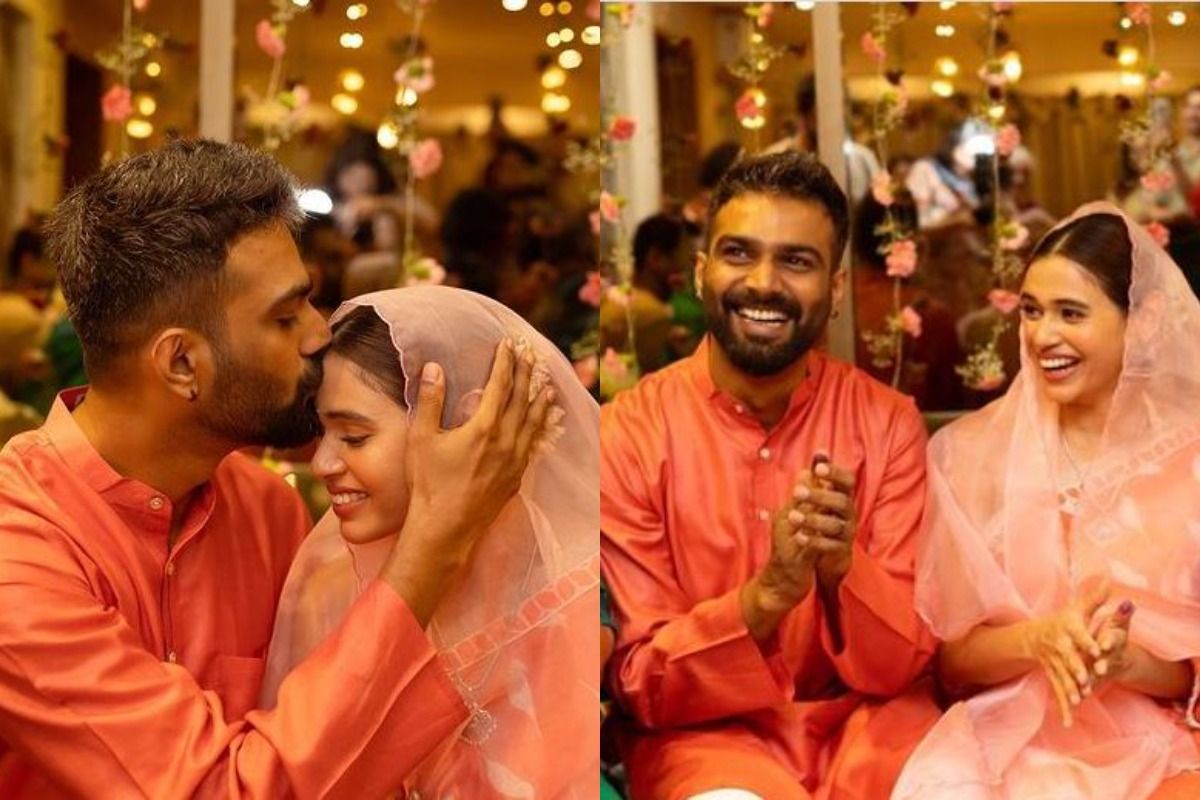 Mumbai: Singer Shalmali, who is best known for her songs Balam Pichkari, and Lat Lag Gayee, among others, recently tied the knot with beau Farhan Shaikh. On Tuesday, Shalmali took to her Instagram account and informed her fans that her marriage was held on November 22. “22nd November 2021 is the most precious day in my life thus far! The day I got married to my perfect match @farhanfshaikh.We had precisely the kind of wedding we had hoped to have.. In the living room of our home with our parents and siblings, a few aunts and cousins,” she wrote.

Shalmali’s marriage was conducted according to Hindu and Muslim rituals. She also shared several images from the special day on the photo-sharing application. “We wanted a Hindu and a Muslim ritual at our wedding. Farhan’s brother-in-law @abdullahusman was kind enough to recite a Dua, conduct an English translation of Nikaah and then did recited Al-Fatihah,” she added.

In another post, she posted a picture of her father performing puja. “My incredible Father conducted the Lajja Hom and Saptapadi with an English translation. As complete as complete can be was what our wedding was. I still can’t get over how wholesome it was,” Shalmali wrote.

For the occasion, Shalmali and her husband chose to twin in orange-coloured outfits. Shalmali dressed up in an orange-beige colour printed saree with a white halter neck blouse and had paired it with a set of silver jhumkas. Farhan also kept his look simple by sporting an orange coloured kurta.

Take a look at the pictures from their cool wedding:

As per Farhan’s Instagram bio, he works as a sound engineer.