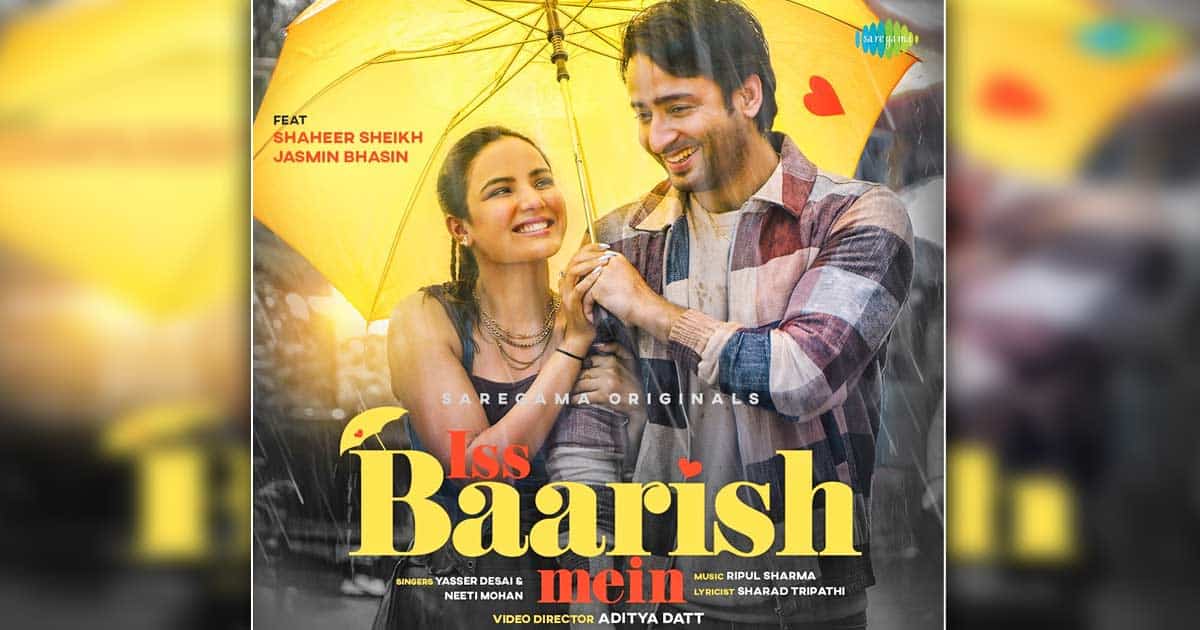 Actors Shaheer Sheikh and Jasmin Bhasin have paired up for the first time for a monsoon anthem ‘Iss Baarish Mein’.

The song captures the healing union of love and the rains. Much like the monsoons, ‘Iss Baarish Mein’ will compel listeners to reminisce, reconnect with their inner voice, and fall in love.

Shaheer Sheikh says: “I am really excited about song’s music video since the time I have been shooting for it. This is the first time I shot with Jasmin and it was the best experience I had. I’m glad that ‘Iss Baarish Mein’ is out now. I hope the viewers shower the song with all the love and listen to it on loop”

Jasmin Bhasin, “I’m super excited that the song is out. The minute I heard the song I was sure that this is going to be my rain song. I hope it becomes part of the listeners’ memories of the rain. Nothing beats the blend of rain and a song that can be heard on repeat.”

‘Iss Baarish Mein’ is composed by Ripul Sharma, penned by Sharad Tripathi, sung by Yasser Desai and Neeti Mohan, and its music video has been directed by Aditya Datt.

Desai said: “The first showers of the monsoon feel so precious just like the time spent with the one. That’s the sentiment this song depicts. I’m happy now that it’s out. I hope the listeners enjoy it and own it like we did. Shout-out to Neeti for being such a fantastic co-singer.”

Neeti adds: “Singing Iss Baarish Mein has been an absolute delight. It is a beautiful composition that captures the vibe of the season that we all celebrate with love. It was amazing to sing this song with Yasser. I think everything has aligned perfectly to make this song a repeat listen.”

Presented by Saregama, ‘Iss Baarish Mein’ is now live on Saregama Music YouTube Channel and available on all music platforms.