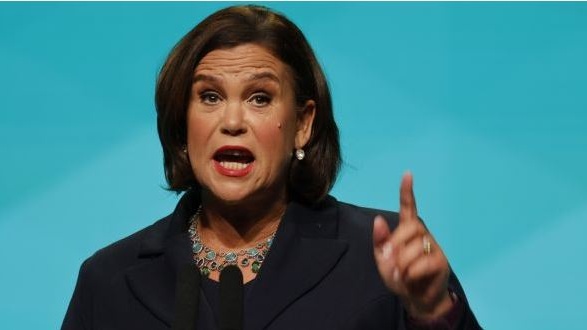 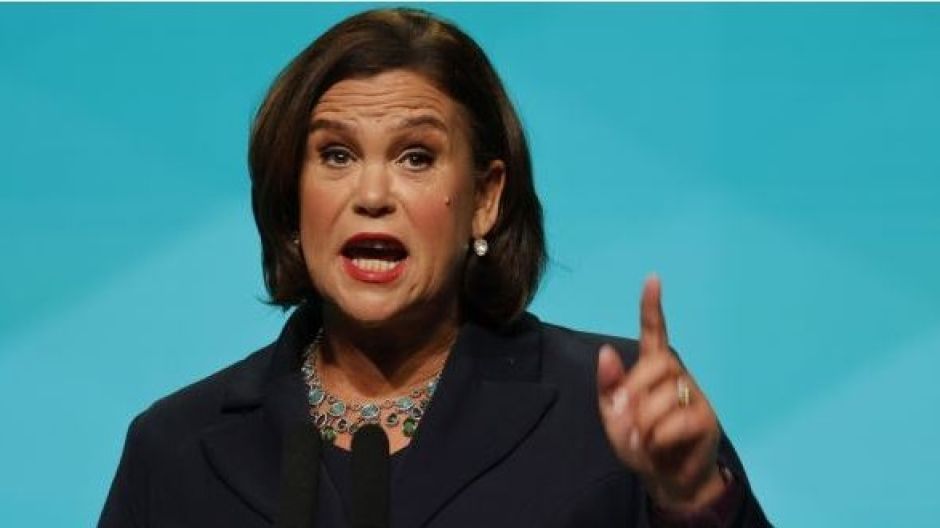 Senior figures in United States politics have made it clear that the government of Boris Johnson in the UK will face negative consequences internationally if it attempts to rupture or dispense with the Northern Ireland protocol, Sinn Féin leader Mary Lou McDonald has said.

In a presentation at the National Press Club in Washington DC on Thursday she said the protocol was “necessary, operable and going nowhere, despite what Boris Johnson might wish to believe”.

She said she had met with “people of considerable influence” in the US Congress and in the Biden administration on her visit to the US this week and they all stood four square behind the Belfast Agreement and the protocol.

“I heard yesterday on the Hill the clearest possible articulation across the board that any notion of walking away from the protocol would not be acceptable to the United States.”

Asked about a report in the Financial Timed that Washington had delayed lifting tariffs on UK steel and aluminium products amid concerns about threats by the UK to invoke article 16 of the protocol, Ms McDonald said this was a matter for the Biden administration.

However, she said: “There is no doubt where the US stands. If Johnson believes he can walk away from the protocol, he is wrong and there will be consequences for Britain if he chooses that course of action.”

Ulster Unionist Party leader Doug Beattie, who was also in Washington DC on Thursday, said if the lifting of tariffs was being delayed due to concerns about the protocol, he would argue at a meeting with the US state department that it had “got it wrong” in its view on what article 16 was about.

“If people say we have to adhere to the protocol and article 16 is part of the protocol then it becomes a legitimate thing you can use.”

“It is not about whether you should or should not use it. It is about how you should use it.

“You should use it in a narrow sense of a particular issue that is causing economic or societal harm in Northern Ireland, for example, medicines .”

“If the medicine issue has not been fixed and is starting to affect the people of Northern Ireland, it would be right to instigate article 16 to focus minds on that issue.”

Ms McDonald also told the press club event that she expected the United States would “be on the right side” on the controversy over British plans for an amnesty in relation to killings during the Troubles.

She said the British government was going to the ultimate point to keep the truth from the people about its war in Ireland.

She said the Johnson government’s plans would mean “in effect no possibility of criminal action, civil actions or even inquests into killings in the past”.

Ms McDonald also forecast that a point was coming over the coming five or 10 years where referenda would be held on the reunification of Ireland. She urged the Irish government to establish a citizen’s assembly to consider preparation for unity.

She also said “there will be need for international support and international intervention to support Ireland as we move to transition from partition to reunification”.

Separately, asked about a recent Sinn Féin golf fundraising event that was held in New York, Ms McDonald said the money that was raised would be spent on campaigning and lobbying in the US.

She described it as a patriotic expression by people in the US who had a deep interest in Ireland and the peace process.