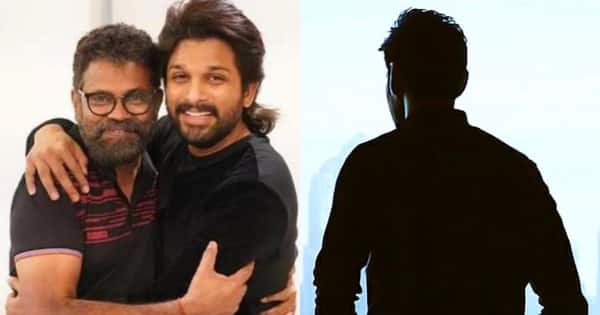 Allu Arjun‘s Pushpa: The Rise hit the theatres on 17th December 2021. The film also stars Rashmika Mandanna, Fahadh Faasil and more. Pushpa: The Rise is directed by Sukumar and not just the actor, but the director and the entire crew is getting a lot of praise for the action-drama film. However, did you know, Sukumar initially wanted to cast someone else and not Allu Arjun in the lead role in Pushpa? Yes, you read that right. Sukumar wanted to make the film with the Prince of Tollywood, Mahesh Babu and not Allu Arjun. Also Read – Christmas 2021: From Virat Kohli-Anuskha Sharma to Alia Bhatt – know how our celebs are celebrating the festival [PICS]

“The story I narrated to Mahesh Babu was also based on red sander smuggling but that was a while ago. Once I came out of the project, I wrote a different story. I wanted the character attitude. And with Mahesh Babu, I couldn’t make him cool. He is very fair. So, the backdrop was the same but the story is different,” he told PTI. Also Read – Pushpa director Sukumar opens up on shelving raw scene featuring Allu Arjun; admits, ‘Going nude was too much for Telugu audience’

However, the director said that once he started working on the new script he had only Allu Arjun in his mind. Sukumar has previously collaborated with Allu Arjun on Arya and Arya 2. The films were released in 2004 and 2009. Furthermore, he revealed how the film became a pan-India film during the making. “We (Arjun) have a very good bond and we are good friends. We have worked on ‘Arya’ and ‘Arya 2’… He agreed to do the movie soon after I narrated the idea, he was very excited. And when I completed the story, I went to him again. Also, we started ‘Pushpa’ as a Telugu movie but then with the subject and Allu Arjun being on board, we thought of making it as a multilingual,” the director told PTI. Also Read – 83 box office collection day 1: Ranveer Singh’s film gets a blockbuster opening; collects 15 crores

And that’s not it, at one point Sukumar also thought of making a web series based on the subject. But he felt that it was a very commercial idea and hence opted for making a movie on it.

(With inputs from PTI).