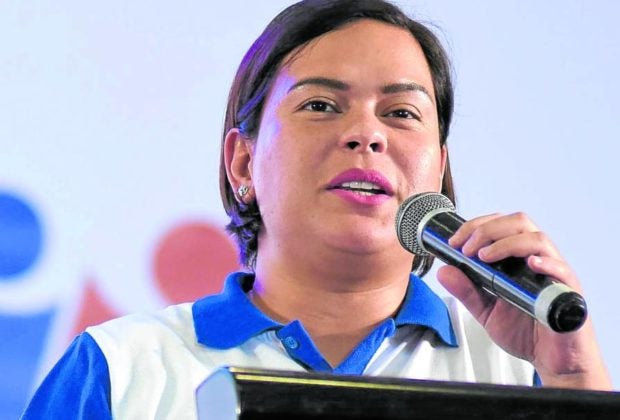 MANILA, Philippines — Presidential aspirant and Davao City Mayor Sara Duterte-Carpio is back as the chairperson  of the regional party Hugpong ng Pagbabago (HNP), the party said on Friday.

According to a statement from HNP secretary general Anthony del Rosario, their party constitution allows a member to join a national party as Hugpong is a regional organization.

Before her substitution as a vice presidential aspirant, Duterte-Carpio left HNP and joined Lakas-CMD.

“We are very grateful for the enormous trust and opportunity afforded by Lakas-CMD to Mayor Sara, whom we describe as one of the country’s best political women leaders of her time.  Mayor Sara’s re-appointment as our Chairperson became possible as both parties’ Constitution and By-Laws do not prohibit membership and appointment as officer since HNP is a regional political party,” he added.

In a separate statement, Duterte-Carpio said she is happy to be back at the helm of HNP, saying that she sought permission from Lakas to join the regional group.

“I am happy to be home and back into the fold of our beloved Hugpong ng Pagbabago as its Chairperson. The HNP Chairmanship I now hold concurrently with the Chairmanship of Lakas-CMD with the permission of Lakas,” the Davao Mayor said.

“I call on my HNP colleagues to forge on and build the strongest region we can ever be, in devoted service to the Filipino people,” she added.