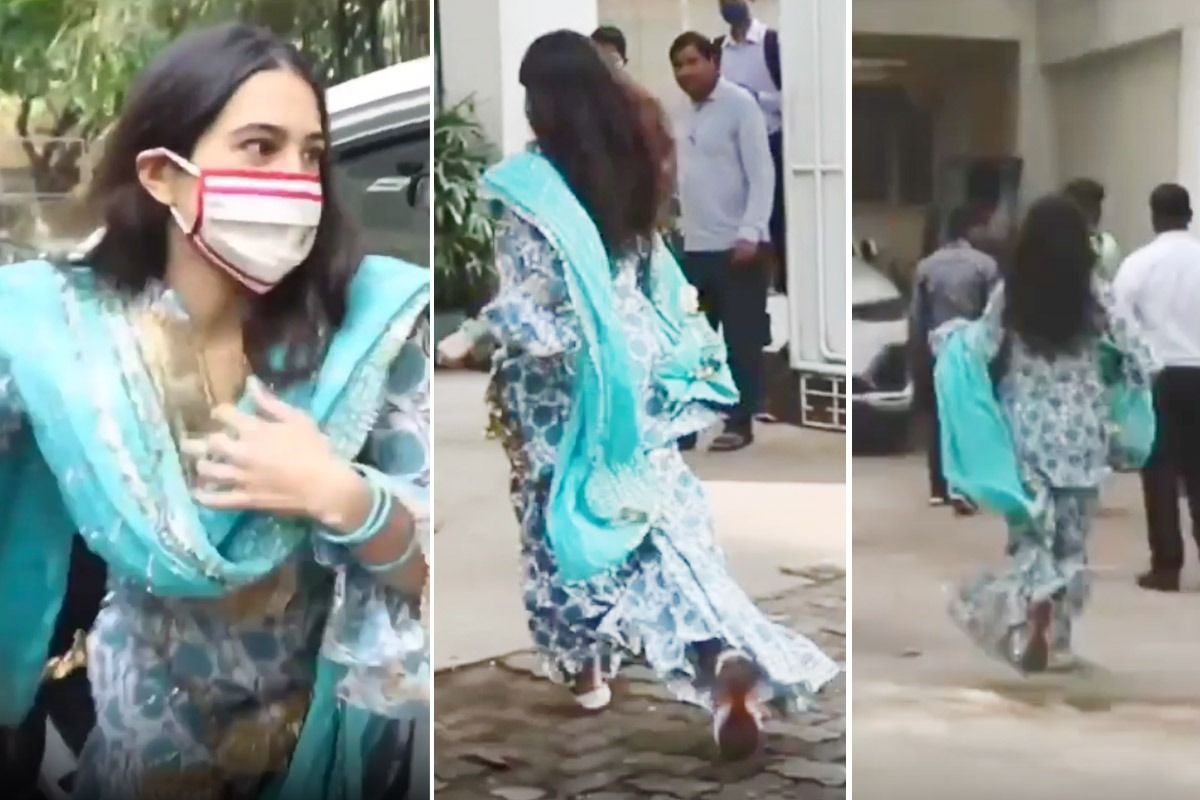 Mumbai: Actor Sara Ali Khan is known for engaging in lighthearted banter with paparazzi, but that was not the case this time. She looked worried after misplacing her phone while leaving a Mumbai recording studio on Friday. Sara eventually located her phone, but not before slamming the paparazzi for photographing her while she was worried about her lost phone.Also Read – Sara Ali Khan Supports Paps, Says ‘Inki Galti Nahi Thi, Mujhe Pata Hai,’ in Viral Video

Kedarnath actor can be seen coming out of her car and running back into the studio grounds in a video that has circulated online. “Arre mera phone ghum gaya (I lost my phone),” she is heard saying. She reappears a short time later, irritated that the paparazzi continued to photograph her while she was preoccupied with her phone. Also Read – Atrangi Re Song Chaka Chak Out: Sara Ali Khan Impresses Fans With Sexy Dance Moves on Classical Folk Number

“Yaar, aapko photos khinchne hain, mera phone ghum gaya hai (I lost my phone and you have to click photos),” she exclaims, despite the fact that several of the camera crew assure her that she would find her phone shortly. Also Read – Sara Ali Khan Is Back With Another Knock Knock Series, This Time Starring Vicky Kaushal! Watch

On the professional front, Sara was praised for her amazing dance moves in the song ‘Chaka Chak‘ from the movie ‘Atrangi Re.’ The actor was last seen in Rohit Shetty’s Simba alongside Ranveer Singh. She has also worked with Kartik Aaryan in ‘Love Aaj Kal 2‘ and late Sushant Singh Rajput in ‘Kedarnath.’