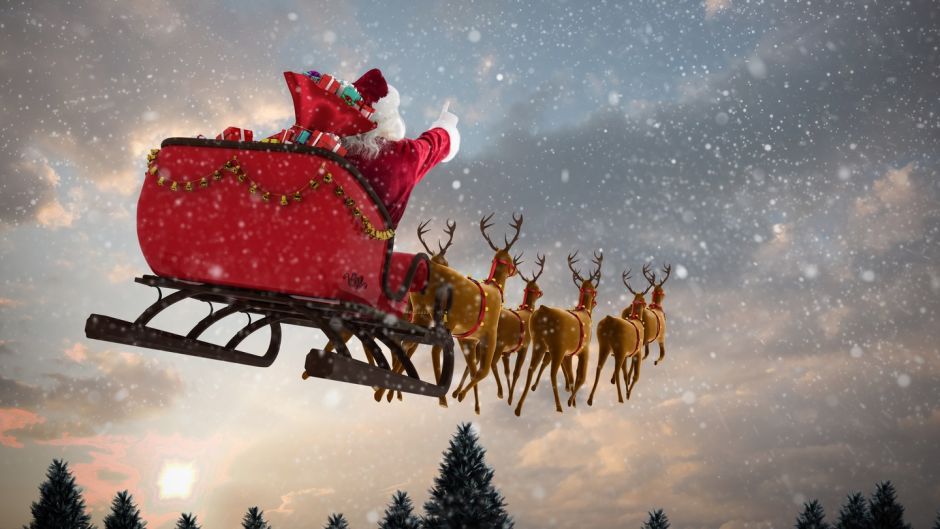 Santa and his reindeer are preparing to battle some heavy rain and wind as they pass over Irish airspace this Christmas Eve with cold and wet weather due to descend upon the country this evening.

A status yellow wind warning has been issued for those provinces and will be in place until midnight on Christmas Day with southeasterly winds reaching gale force 8.

It is expected to stay wet for most of Christmas Day across Leinster and Ulster but will become brighter and clear in other parts of the country. Temperatures will range between 7 and 11 degrees and winds will be strong on east and north coasts.

But back to Christmas Eve and Santa’s travel route as darkness falls across the world. At the time of writing, Santa and his team were en route to Bulgaria. Santa and his sleigh were last seen in Bucharest, Romania.

Irish families can track Santa’s route as he makes his way towards Europe by following the North American Aerospace Defense Command (Norad) at noradsanta.org, the organisation which has been tracking Santa’s flight every Christmas Eve since 1955.

Norad, which is responsible for protecting the skies over the US and Canada, activates its Santa tracking system at 6am US eastern standard time every Christmas Eve.

Santa received the green light to visit all the children of Ireland earlier this week with the man himself due to arrive on Irish shores shortly after 11pm.

Air traffic controllers will clear Irish airspace for Santa’s stop off before he heads west across the Atlantic towards the children of north, central and south America.