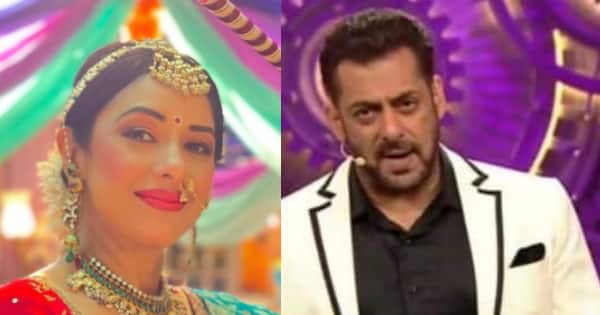 Television shows are continuing to be the best form of entertainment for all. Viewers are still hooked to the traditional form and are loving all the daily soaps that are hitting the screens. The TRP ratings for the week 45 are out and it is not surprising to see that Rupali Ganguly‘s show Anupamaa is at the top. For the past consecutive weeks, the show is ruling the TRP charts with the interesting twist and turns that are building up in the show. Also Read – Udaariyaan: Tejo and Angad Mann’s cute chemistry is making fans go gaga and how — view pics

Ghum Hai Kisikey Pyaar Meiin starring Neil Bhatt, Aishwarya Sharma, Ayesha Singh and others is on the second spot. The love story of Virat and Sai is making for an interesting plot for the show and fans are eager to know how their bond grows further. On the third spot we have Udaariyan that stars Ankit Gupta, Karan V Grover, Priyanka Chahar Choudhary and others. On the fourth position, it is Sumbul Touqeer and Gashmeer Mahajani’s Imlie. The show has completed 1 year and is still ruling the hearts of the audiences. Yesh Rishta Kya Kehalata Hai has managed to bag the fifth position on this list. Also Read – Mai Hero Boll Raha Hu trailer: Parth Samthaan kills and thrills as a stylish don in this crime drama

Surprisingly, Salman Khan hosted show Bigg Boss 15 is not in the top 5. Generally, the controversial show managed to generate enough fodder for it to be in the Top 5 of the TRP list. However, it seems, the show is not as entertaining as it should be despite TV’s famous stars being its participants. Bade Acche Lagte Hain 2 is also not on the list. Also Read – Kundali Bhagya: Ankit Gupta joins the Shraddha Arya and Dheeraj Dhoopar starrer