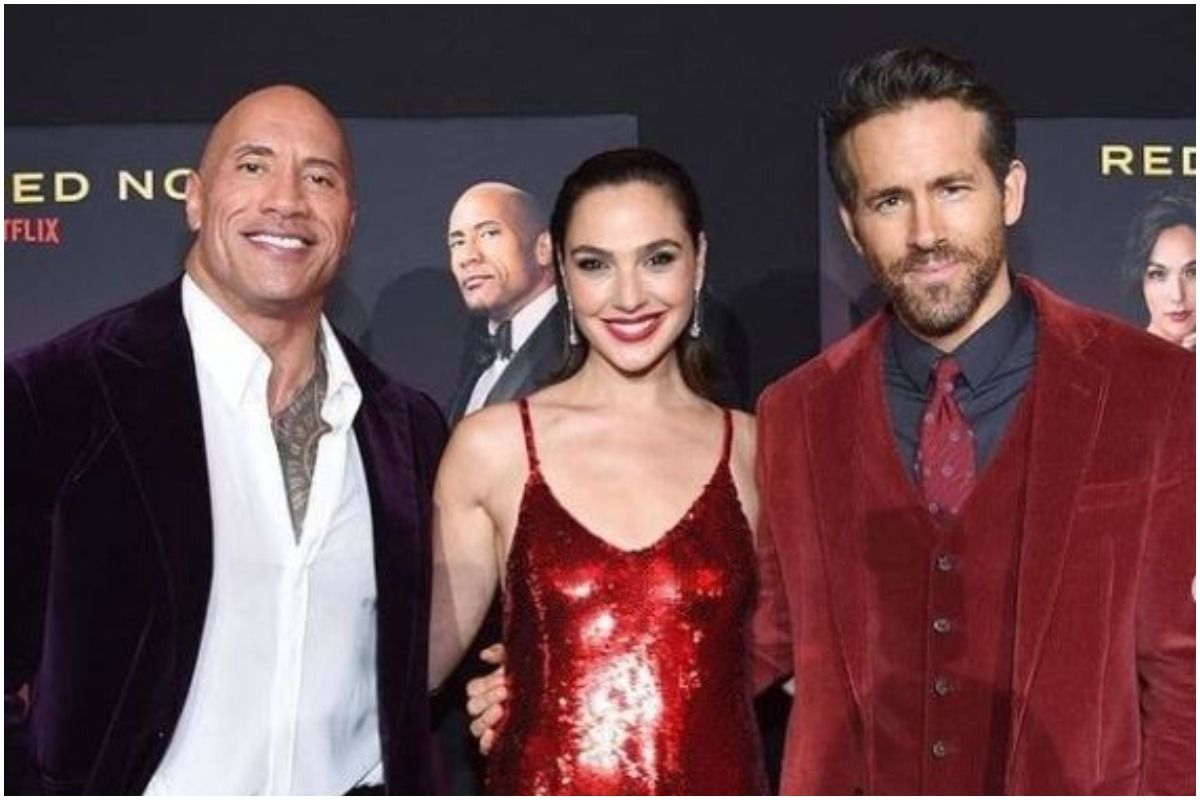 New Delhi: Dwayne Johnson, Gal Gadot and Ryan Reynolds starrer Red Notice is breaking all records and is becoming everyone’s favourite across the world. The film has now become Netflix’s most-watched movie in the history of the streaming platform. With this, Red Notice has dethroned the 2018 movie Bird Box which starrer Machine Gun Kelly and Tom Hollander in key roles among other actors. Red Notice has over 328 million hours of total viewership so far whereas Bird Box’s record was that of 282 hours.Also Read – Hellbound Beats Squid Game to Become Most Watched Show on Netflix Within 24 Hours

Following the news, Dwayne Johnson aka The Rock took to Instagram and expressed happiness. The actor thanked fans and wrote, “RED NOTICE is now the most-watched film in @netflix history, officially making it the #1 ALL TIME MOVIE in streaming. Previous record held by BIRD BOX in 2018 with 282 million hours viewed. With still 11 days to go, RED NOTICE has been viewed for a staggering 328 MILLION HOURS. With an INCREDIBLE 92% GLOBAL AUDIENCE SCORE!! (sic) And we have almost two weeks left of our global run to tally up these extraordinary and groundbreaking metrics. Love U guys and THANK YOU!!!” he wrote. Also Read – Squid Game Leads to Real-Life Tragedy – North Korean Man Shot Dead, Students Imprisoned

Apart from this, Gal Gadot is also ‘blown away’ by the success of the movie. Expressing gratitude towards fans, she wrote, “Wow wow wow… WOW! You guys I can’t tell you how happy, how grateful, how blown away I am by these crazy stats and info. You have made our movie the BIGGEST movie in the HISTORY of @netflixfilm !!! You are the reason we’re making these movies. Your love means the world. And never to be taken for granted. Thank YOU.”

Earlier, when the movie was released, Ryan Reynolds also took to social media and thanked fans for making it the biggest opening weekend ever.

Have you watched Red Notice too?