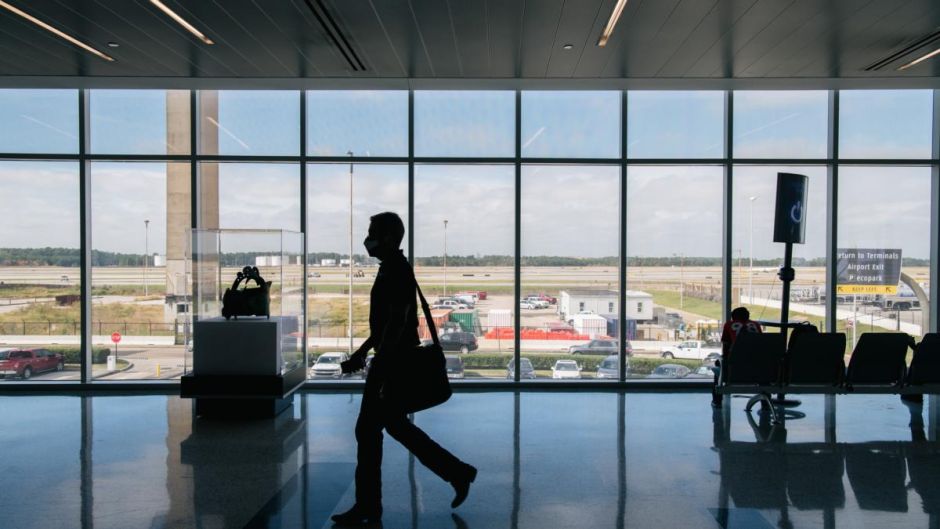 People planning to travel to the US straight after Christmas Day have had their plans thrown into disarray as a result of changes to the testing requirements for travellers arriving there.

As fears of the spread of the Omicron variant of Covid-19 mounted last week, the US Centre for Disease Control and Prevention announced a significant change to the rules for international travellers.

As a result, from Monday, all international travellers to the US will have to produce a negative Covid test carried out within a 24-hour window prior to departure irrespective of whether or not they have been vaccinated.

As well as accepting PCR test results, the US still allows professionally conducted rapid antigen tests to be used as proof that a traveller is not infected with the virus. The latter tests can be done within 15 minutes.

However, with testing centres in Ireland closed on Christmas Day, anyone planning to travel to the US on St Stephen’s Day might struggle to get a test that meets the necessary requirements.

Assuming people need to have their tests fully completed at least four hours before they depart – to allow them sufficient time to make their way through the airport and through US immigration – they will need to have the tests carried out either on Christmas Day or early on the morning of December 26th.

The RocDoc testing centre at Dublin Airport is normally open between the hours of 8am and 7pm, but is closed on Christmas Day. It is not yet taking bookings for December 26th.

The Randox testing centre, meanwhile, has normal opening hours from 2am until 11pm, but is closed on Christmas Day and the earliest available slot it has for St Stephen’s Day for a rapid antigen test is 10.40am.

“It is going to be tricky for people,” said Dr Simon Collins, who runs the Travel Health Clinic on Dublin’s Dawson Street. “If they want to fly on the 26th, they will have to get tested on the 25th or early on the 26th and I think people will have to make decisions about whether or not they want to do that, and there could be a lot of empty seats on some flights.”

Josh Barnes is due to fly to the US on St Stephen’s Day to visit family he has not seen in two years.

Initially the plan was he, his wife and three children were going to travel, but with Covid-19 still a significant problem and no vaccinations available for his children, the family decided that he would travel alone.

He is due to travel from his home in Donegal on the evening of Christmas Day to make his flight.

He had booked and paid for a test with Randox in Letterkenny for December 23rd, but the rule change has left him scrambling for options.

“As it is right now, I don’t see a way through,” he told The Irish Times. “I have done everything I was meant to do and then the world shifted and now I am just out of luck and there just doesn’t seem to be any options.”