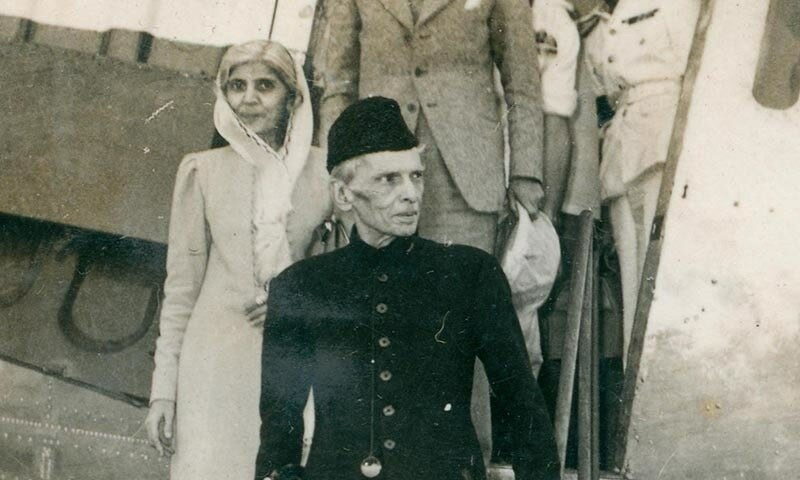 The nation is celebrating the 145th birth anniversary of the founder of Pakistan, Quaid-i-Azam Mohammad Ali Jinnah, on Saturday, with political leaders and others paying their tribute.

Prime Minister Imran Khan released a message emphasising the youth to adopt Jinnah’s attributes of honesty, hard work, perseverance and dedication. He said those qualities had made the Quaid a “great leader”.

“We as a nation need to adopt these attributes to realise Quaid’s vision of a developed, progressive and tolerant Pakistan.

“Today we celebrate the birthday of our great leader Quaid-e-Azam Mohammad Ali Jinnah,” he said.

The premier said it was a matter of privilege for the people to be born in an independent Pakistan and that would not have been possible without the Quaid’s struggle. He added that Jinnah realised the importance of a separate homeland for Muslims of the subcontinent where all citizens could enjoy the freedom of faith, occupation and equal opportunities.

“Quaid’s determination to unify a nation despite huge challenges and opposition was only possible due to his perseverance,” the prime minister said.

“He had a firm faith in Almighty Allah and followed the principles of Prophet Muhammad (PBUH) that guided him through difficulties and challenges,” the prime minister said.

He said his government was striving for a society free of corruption and a system that helped the poor and underprivileged citizens as per the founder’s vision. The premier added that the country was facing internal and external challenges whose solution was in living by the Quaid’s ideals of unity, faith and discipline.

Prime Minister Imran Khan said today was the day to come together in the same spirit as the founders of the independence movement did.

“Let us shun our differences based on caste, creed and faith and work in unison. I pray Almighty Allah to grant us strength and unity to realise our destiny of becoming the strongest nation on earth as envisioned by our Quaid-e-Azam Mohammad Ali Jinnah,” the premier said.

President Dr Arif Alvi said that with his “determination and unmatched character”, the Quaid had turned the dream of Pakistan into reality.

“Today on his birthday, we pay homage to our Quaid, Mohammad Ali Jinnah. Our leader of great vision, humanity and tolerance. May all of us rise to follow his legacy,” tweeted Foreign Minister Shah Mahmood Qureshi.

Federal Human Rights Minister Shireen Mazari said Jinnah had managed to create Pakistan against all odds and betrayals. She stressed that the only way forward was in remaining true to his vision of Pakistan.

Information Minister Chaudhry Fawad Hussain said that Jinnah’s tireless hard work and principled political struggle had given the people the gift of an independent state.

He said that the great leader made inevitable the formation of a state in the shape of Pakistan where all citizens enjoyed equal opportunities to live and progress without any discrimination of caste, creed, race, religion and language.

“We must move forward as a united nation by getting rid of anti-national elements like sectarianism and extremism.

“On the birthday of Father of the Nation, we pledge to make Pakistan an ideal country,” Hussain said.

“He was a principled leader … it is a requirement of loving him that we selflessly serve the country and its people while following in his footsteps,” Buzdar said.

Meanwhile, Planning Minister Asad Umar shared a timeless quote by Stanley Wolpert who is widely known and respected in Pakistan because of his books on Jinnah including his biography.

“Quaid still inspires us in our journey to fulfill his vision,” Umar said.

Figures from across the political opposition were not left behind in celebrating the founder’s birthday, with PPP Chairman Bilawal Bhutto-Zardari paying a glowing tribute.

“Attempts were made by the dictatorial forces and their cronies to dent the ideology of the Founder of the Nation and drift the country from his vision but the democratic forces led by PPP have always foiled their designs through monumental struggles.

“Quaid-e-Azam Mohammad Ali Jinnah was the tallest personality among his contemporaries and he dreamt an egalitarian country for the Muslims in the sub-continent to live in peaceful cohesion,” Bilawal said.

He added that the PPP would continue following Jinnah’s vision as it was the “true torch-bearer of the ideology of Pakistan”.

PML-N President Shehbaz Sharif said the best way to pay tribute to the Quaid was to “make ‘work, work and work’ the governing principle of our national life in a mission to rebuild Pakistan.”

He said Jinnah’s motto of faith, unity and discipline offered the path to Pakistan’s redemption.

In a separate statement, Shehbaz again paid homage to Jinnah and elaborated on the lessons that needed to be learnt from him.

Various activities will be held today in government and private organisations to shed light on the Quaid’s lifelong political struggle and his guiding principles of unity, faith and discipline.

Jinnah was born on Dec 25, 1876, in Karachi. The day is a public holiday and the national flag will be hoisted on principal government buildings throughout the country.

The day started with special prayers for the security, progress and prosperity of the country,
while a change of guards ceremony also took place at the Mazar-i-Quaid in Karachi.

A large number of people from all walks of life are expected to visit the mausoleum today to pay tribute to Jinnah for the services he rendered for creating a separate homeland for the Muslims of the subcontinent.

To mark the day, the Pakistan National Council of the Arts will organise various cultural events. A painting exhibition, tableau and speech competition will also be organised with the aim of educating the youth about Quaid’s vision and his ideology of Pakistan.

An official of the Pakistan Academy of Letters said that the ‘Quaid-i-Azam National Seminar’ would be arranged to highlight the Quaid’s efforts for the supremacy of the law. The Nazriya Pakistan Council has also arranged week-long programmes to mark the day.

Jinnah was a lawyer by profession and a politician. He served as the leader of the All-India Muslim League from 1913 until Pakistan’s independence on Aug 14, 1947, and then as Pakistan’s first governor general until his death on Sept 11, 1948.