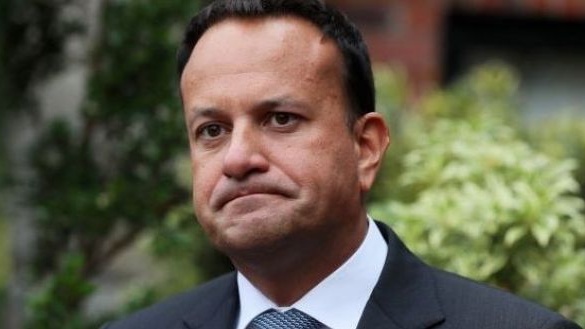 As the pressure mounted from the fourth Covid-19 wave and the fresh threat from the Omicron variant, it duly found a crack in the relationship between the National Public Health Emergency Team (Nphet) and the Government.

There were sharp exchanges at the Cabinet sub-committee on Covid last Friday and even sharper words when Ministers later gathered for a full Cabinet meeting to approve the latest restrictions.

Ministers were angry they were hearing about Nphet’s recommendations in the media, while there was also simmering discontent in some parts of Government after chief medical officer Dr Tony Holohan wrote to parents telling them to put masks on their nine-year-olds.

Holohan’s opposition to Government moves to promote antigen testing had also riled many senior people in and around the Coalition.

In truth, the relationship between Nphet and Government has had more than its fair share of ups and downs.

When it seemed that the pandemic was winding down in the early autumn, the Government was on the verge of reforming Nphet so that it would cease to exist, at least as the body everyone has come to know in the course of the last 18 months.

The caricature of Holohan as the real Taoiseach got up Government noses, because everyone could see there was more than a grain of truth to it.

The advent of the fourth wave and the restrictions introduced to cope with it have re-established Nphet’s role at the epicentre of the response to the pandemic, even before the news of the new Omicron variant.

People at the centre of Government realised the inevitability of that, but that didn’t mean they had to like it.

The cross words of last week stemmed in part from the sense among Ministers that they were being left with no choice but to accept the new Nphet-recommended restrictions.

But it also reflected the frustration that the entire country is feeling after being clobbered with first the fourth wave and now the frightening uncertainty of the new variant, which threatens to unleash a torrent of fresh infections on a health system straining under the existing pressures.

And while hospital numbers and ICU admissions have begun to ease off, senior figures fret that the hospital system would be unable to cope if Omicron hit with the force that some people fear it will.

The public mood, meanwhile, is a mixture of weariness, resentment, fearfulness and anger that the Government hasn’t done enough: insufficient test and trace; no air filters; travel restrictions too late; antigen tests not free; not enough hospital capacity; whatever.

Whenever things deteriorate with Covid, there’s always a blame game. An opinion poll in the Sunday Independent suggests the unvaccinated are being drawn into the line of fire. Meanwhile, the Government points the finger at Nphet after a week of chaotic communications from within its own ranks.

Navigating the uncertain currents of this jumpy and grumpy public mood is a tricky business for politicians.

With debates getting scratchy and opinion polarising, it’s hard to be on everyone’s side. Eyebrows were raised around Government when Tánaiste Leo Varadkar made a game effort – describing the decision of the Government (in which he is, in case you forgot, second-in-command) to impose further restrictions as “peculiar”, but also one he understood.

Well, yes, it would be odd if Varadkar did not understand it, given he is part of the body that actually made the decision.

But his intervention was a sign of just how nervy people are getting in Government as they await more information on the new variant. A difficult few weeks is in prospect.