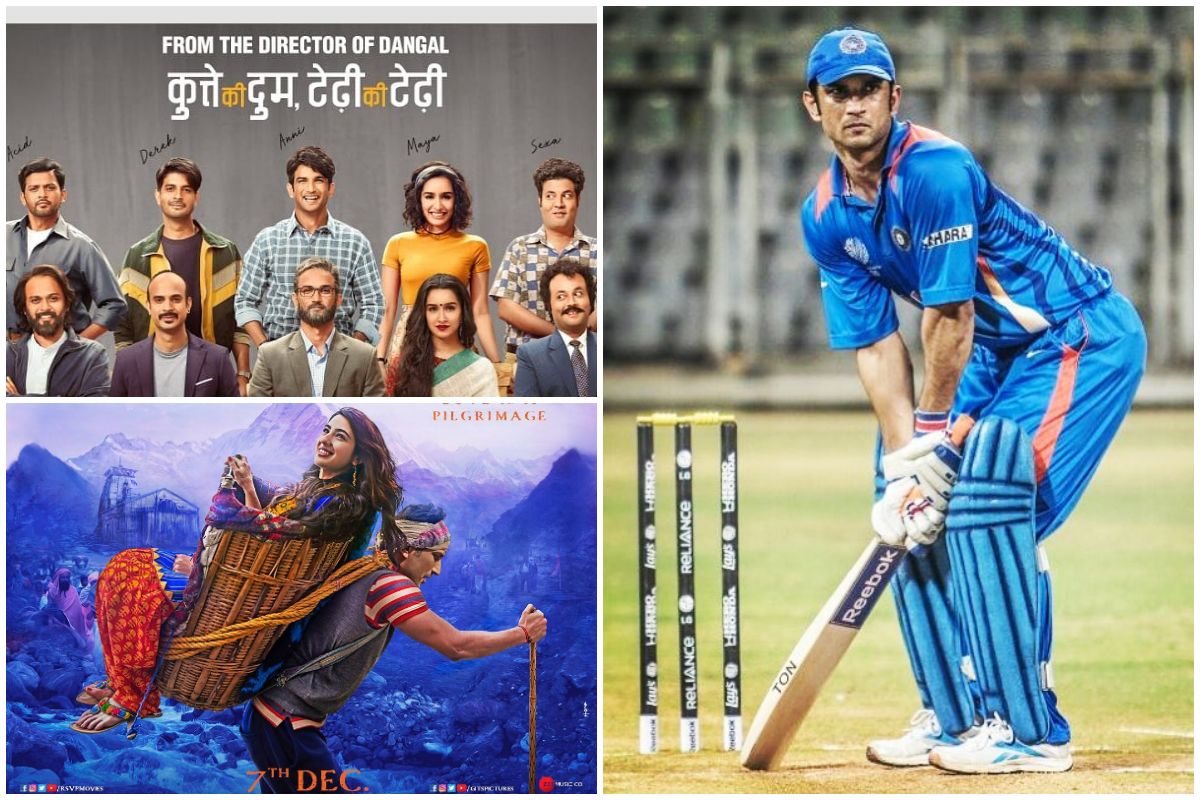 June 14th marks the death anniversary of Actor Sushant Singh Rajput. Sushant passed away at the age of 34 in 2020, leaving millions of his fans heartbroken. Sushant died by suicide at his home in Bandra, his last film ‘Dil Bechara’ was released posthumously on a streaming platform. As fans mourn his death today, let’s take a look back at five of the iconic roles he played onscreen:Also Read – Sushant Singh Rajput Death Anniversary: Rhea Chakraborty Shares Unseen Pics With Late Actor, Says ‘Miss You Every Day ‘

Sushant Singh Rajput won the audience’s hearts with his spectacular performance as Mahendra Singh Dhoni in the biopic. Many left spellbound, some were even confused about whether they watched Sushant or Dhoni on screen, clearly proving what a great actor Sushant was. From Dhoni’s walk to the way he talks, Sushant took note of everything and that was beautifully depicted in the film. Also Read – Sushant Singh Rajput Death Anniversary: Emotional Fans Pay Tribute Remembering The Late Actor

Sushant Singh Rajput brought magic on screen with his portrayal of ‘Mansoor’ in the heart-wrenching love story. His innocence and nobility made it easier for the audience to fall in love with him. The movie that marked Sara Ali Khan’s Bollywood debut was an inter-faith love story set around the tragic and infamous Kedarnath floods and landslides that took the lives of many in 2013. Also Read – Shakti Kapoor’s Son Siddhanth Kapoor Released on Bail After Arrest Over Drugs Consumption

Even though Sushant appeared in the movie for a brief while only, his role in the film was an impactful one. Sushant played a Pakistani boy Sarfaraz who falls in love with an Indian girl Jaggu (played by Anushka Sharma). People fell in love with his charm and critics praised him for his honesty and simplicity on screen.

Sushant transitioned from a TV Actor to a Bollywood star with Kai Po Che. He played the role of failed cricketer who was obsessed with the sport and ended up becoming a coach. Co-starring alongside Rajkummar Rao and Amit Sadh, Sushant aced his part and gave the industry the best debut performance that year.

Sushant delivered another splendid performance in Chhichhore which turned out to be a huge box office hit. Touted to be his best performance, Sushant swiftered through different shades of his character Aniruddh Pathak, an engineering graduate battling divorce whose world comes crashing when his only son tries to commit suicide after failing an engineering entrance exam. Oscillating between a colourful past and tensed present, Sushant showcased a plethora of emotions throughout the film and won millions of hearts.

Though we lost Sushant Singh Rajput on June 14, 2020, he had a glorious career and the actor will live on in the many roles that he played on screen.