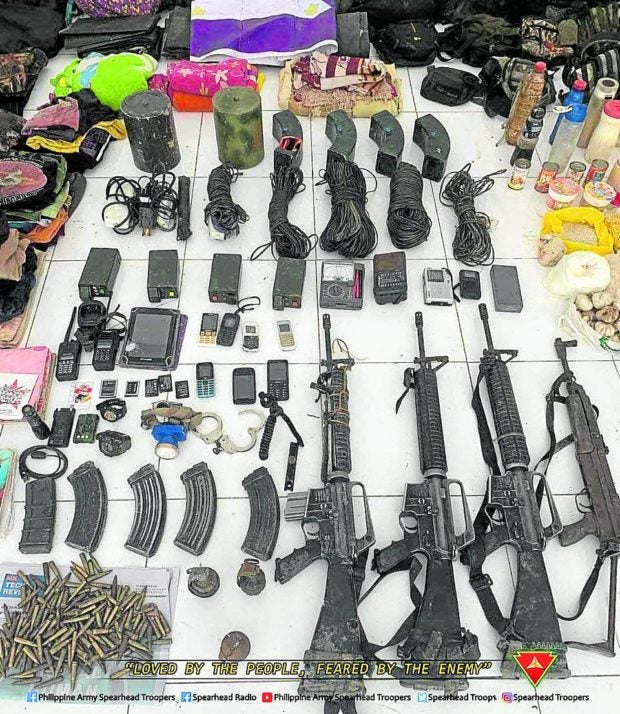 The military said a senior leader of the Communist Party of the Philippines (CPP) and its armed wing, the New People’s Army (NPA), was killed along with eight other guerrillas in an Army operation in Iloilo province last week.

In a statement on Friday night, the Army’s 3rd Infantry Division (3ID) said Joven Ceralvo, the top leader of NPA in Iloilo, was killed in the operation on Wednesday at Sitio Burak, Barangay Alimodias in Miagao town.

Ceralvo, alias “Lex,” was the second deputy secretary of the CPP’s Regional Committee-Panay Southern Front and commanding officer of its Front Operational Command.

The death of Ceralvo was confirmed by the 301st Infantry Brigade following a forensic examination of the recovered cadavers conducted on Friday by crime scene operatives of the Philippine National Police, the 3ID said.

The 3ID said there was an “encounter” between Army soldiers and a group of NPA fighters on Dec. 1. It said that it “launched” an operation against the rebels at around 6 a.m. in response to information provided by concerned citizens that a group of NPA “terrorists” was consolidating at the hinterlands of Miagao and “planning terroristic attacks and extortion activities.”

The Army said troops from the 61st Infantry Battalion and 33rd Division Reconnaissance Company discovered that the NPA’s position was surrounded by antipersonnel mines (APM) to “secure their hideout and protect their top leadership.” An “intermittent encounter lasted for several hours,” it said.

The CPP, however, denied that there was an encounter between the Army soldiers and the NPA. What the military conducted instead was an aerial bombing of communities, which was a “brazen violation of international humanitarian law … and constitutes serious war crimes.”

In a statement, Marco Valbuena, the party’s chief information officer, said they learned that two FA-50 jet fighters flew over Barangay Alimodias and dropped two 500-pound bombs on the nearby mountains in the area near the communities, followed by at least eight artillery shells.

“We are investigating reports that a number of civilians, including children, were killed in the incident. We are also still assessing the casualties on the side of the NPA unit,” Valbuena said.

He said they were trying to determine other details of what happened at Alimodias.

The local human rights group Panay Alliance Karapatan called the military’s Dec. 1 attack a “carnage as evidenced by the condition of the dead bodies that were recovered from the scene.”

“The humanitarian law prohibits indiscriminate actions that could injure civilians, cause excessive injury and unnecessary suffering and inflict excessive or long-term damage to the environment,” it said.

It said the aerial strike left two explosion craters—one measuring 6 meters wide and 4.5-m deep and the other was 3- m wide and 1-m deep.

The 3ID denied claims that civilians were among the casualties during the encounter, saying it was just part of rebel propaganda to demonize the military.

“It was an organized and well-planned operation which only targeted communist rebels who are hiding,” said Capt. Kim Apitong, officer in charge of the 3ID public affairs office.

“All of the nine casualties have been identified, and they were all NPA members,” he added.

He said the artillery attacks and aerial bombing were done in the hinterlands of the barangay and no communities were hit.

3ID commander Maj. Gen. Benedict Arevalo said the deaths of the NPA members should serve as a “warning” to their comrades who refuse to surrender peacefully.

“May his (Ceralvo’s) death send an urgent and strong signal to the remaining leaders and members of the communist terrorist group to abandon violence and choose peace to avoid deaths,” Arevalo said.