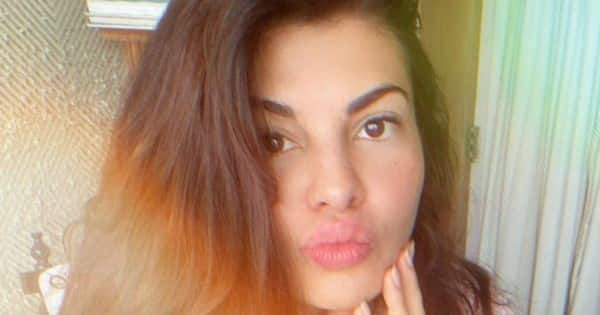 Jacqueline Fernandez is one of the busiest bees of Bollywood as the actress is continuously shooting for her upcoming films. Currently, she is in Daman shooting for Ram Setu, and the actress is surely going to have some busy days ahead. Also Read – Trending Entertainment News Today: KL Rahul and Athiya Shetty make it official at Tadap premiere; Priyanka Chopra RECALLS spending over 12 months alone away from Nick Jonas and more

A source close to the actress revealed, “Jacqueline has been shooting in Daman with Akshay for Ram Setu for her month-long schedule. The shoot has been quite intense and hectic so the actress has hardly got any time to work on anything else. She has been stationed in Daman for the past one month.” Also Read – Will Salman Khan come to Jacqueline Fernandez’s rescue in the Sukesh Chandrashekhar case? Actress in turmoil after kissing pic with the conman surfaces

“She would be back in Mumbai for a day to finish off her trails and brand shoots before she has to fly to UAE for the Dabangg tour. She will be taking some time off from Ram Setu shoot to rehearse for the tour because there is absolutely no breather for her between the Ram Setu schedule wrap and the tour start,” the source added. Also Read – Katrina Kaif and Vicky Kaushal wedding: Real reason why Salman Khan is not attending the December shaadi

The busy actress has a packed line-up of films in her kitty including Cirkus, Bachchan Pandey, Kick 2, Attack, and Ram Setu. Jacqueline’s next release will be Attack which is slated to hit the big screens on Republic Day next year. After Attack, she will be seen in Bachchan Pandey which is slated to release on 4th March 2022, and Ram Setu will hit the big screens on 24th October 2022.

The release date of Cirkus is not yet officially announced. But, reportedly, the film will release on 15th July 2022. The movie also stars Ranveer Singh and Pooja Hegde. Meanwhile, Kick 2 starring Salman Khan as the male lead is yet to go on the floors.