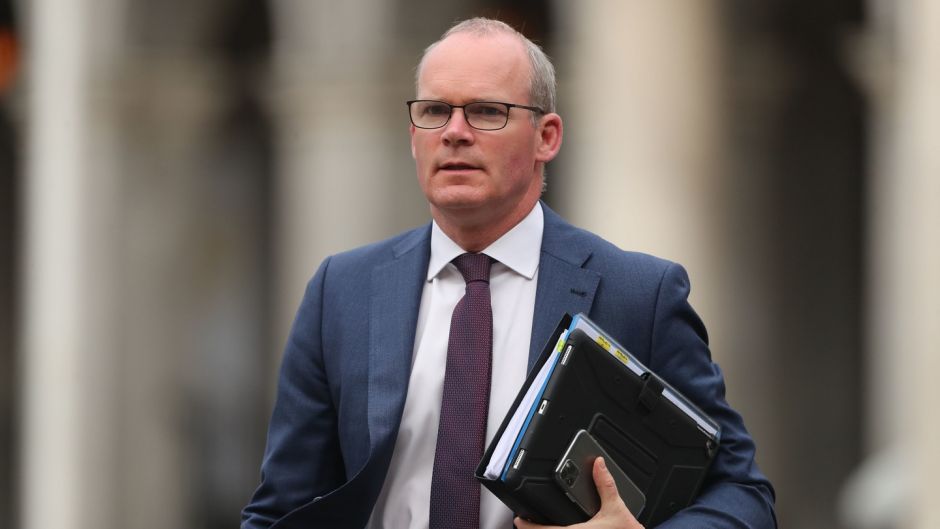 Minister for Foreign Affairs Simon Coveney has played down the prospects of deal on the Northern Ireland protocol before Christmas, describing it as “unlikely but possible”.

Speaking in London on Wednesday ahead of meetings with Brexit minister David Frost and Northern Ireland secretary Brandon Lewis, Mr Coveney said there had been progress in the negotiations, although it had been difficult.

“While that progress is possible, it’s important to encourage both sides to try to find landing zones and compromise positions on important issues, in particular on the guarantee of supply of medicines into Northern Ireland from Great Britain, which is something that I know both teams have been trying to resolve in recent weeks, and hopefully we can make progress on soon,” he said.

“I don’t think there’ll be a full deal on all issues related to the protocol before Christmas. I think that would be unrealistic at this stage, but I think some things can be agreed this side of Christmas, hopefully, as I say, giving certainty to people in Northern Ireland in terms of the supply of medicines from Great Britain into Northern Ireland.

“Certainly the EU is very anxious to move that issue on, and they believe that they have a solution that hopefully can work for the British side as well.”

Mr Coveney expressed confidence that Mr Frost and European Commission vice-president Maros Sefcovic could make progress on other issues, including checks on goods and sanitary and phytosanitary checks. He did not expect to discuss with Mr Frost the British threat to unilaterally suspend parts of the protocol by triggering article 16 or the EU’s likely response to such a move.

Mr Coveney and Mr Lewis will on Thursday take part in a meeting of the British-Irish Intergovernmental Conference, when they are expected to discuss the British government’s proposed amnesty for Troubles-related crimes. Mr Coveney restated his opposition to the British proposal, which would apply a statute of limitations and make it impossible to pursue legal cases or prosecutions for Troubles-related killings before 1998.

“We don’t support that approach. No party in Northern Ireland does and none of the victims groups do either. But we are as a government, of course, willing to work with the British government in partnership to try to find a basis for consensus. Don’t forget, back in 2015 we agreed how to deal with the legacy of the past in some detail in the Stormont House Agreement.

“The British government wants to move away from that agreement. We, of course, are open to talking to them about that, but it’s got to be done on the basis of consensus and agreement with people and senior politicians and most importantly, victims groups in Northern Ireland,” he said.