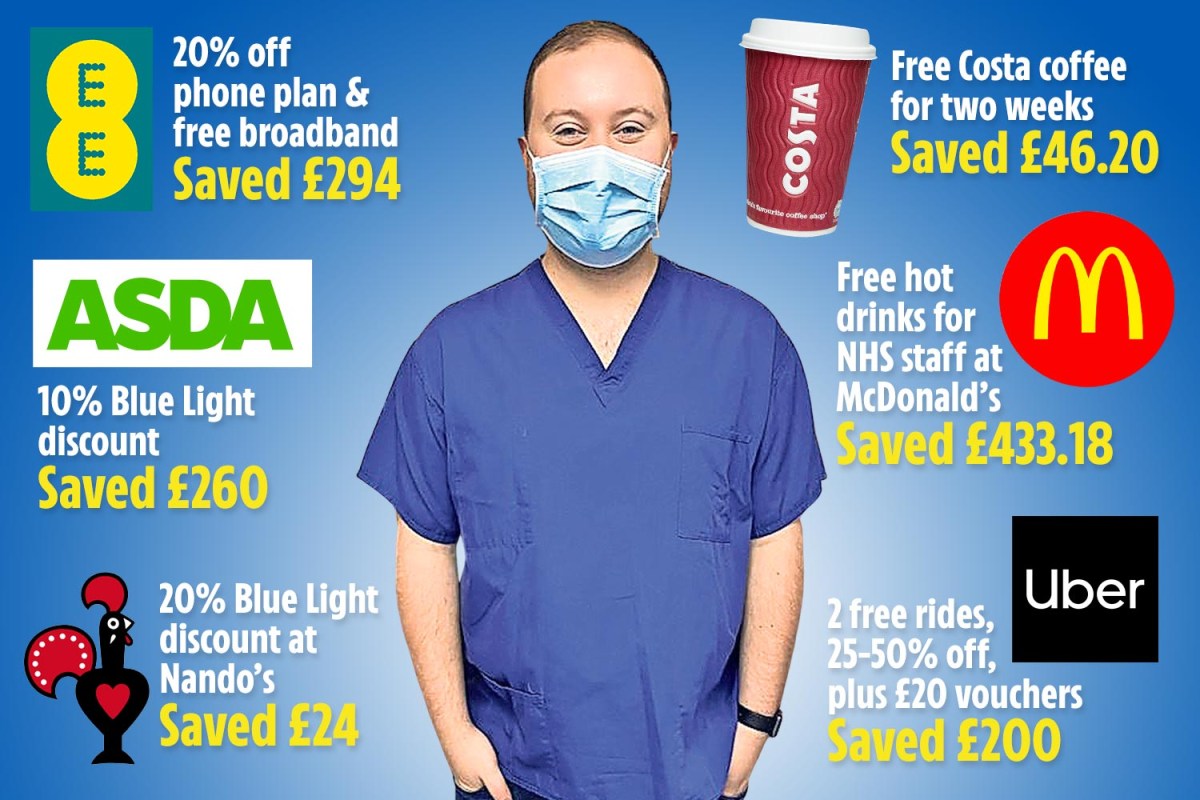 INTENSIVE care worker Aaron Linstead says he saved £2,500 during the pandemic thanks to discounts for NHS workers.

Now he is urging health service colleagues to take advantage of the offers available as the cost of living threatens to soar.

Aaron, 28, from London, works on the front line in an intensive care ward.

He says the discounts helped him cope — financially and emotionally — at a time when millions of us are feeling the pinch.

Although some of the early discounts have gone, there are still great deals for our emergency services.

They range from 20 per cent off your phone bill with EE to discounts on coffee and takeaways.

Aaron says: “I saved a lot of money so I was able to spend it on other things that normally I couldn’t afford. And it made a difference to my mental wellbeing.

“There’s plenty of deals out there for all NHS and emergency services workers.

“It’s worth looking into getting a Blue Light Card, as there’s loads of deals on there for stores, holidays, broadband, restaurants.

“Even if it’s not featured on their website, it’s always worth asking if somewhere does discounts. I’ve never had anyone say no.

“I’m always using discounts on my shopping and in restaurants. I might use it for a holiday in the near future.”

This year, Aaron plans to use discounts on major purchases including a new computer and Apple watch (two per cent) as well as more commonplace items such as Odeon cinema tickets (from £5.47).

He also hopes to book a holiday with Haven at a discount of 15 per cent.

During the first wave of Covid, companies supported NHS workers with free delivery on food, coffees, cab rides and even haircuts.

Aaron drew up a list of dozens of discounts and posted it on Facebook, where it was shared more than 500 times by colleagues.

He adds: “The last few years have been an enormous challenge for everybody working in hospitals, from cleaners to consultants and managers.

“That continues to be the case but these discounts and clapping for carers meant so much because it showed us we weren’t alone.

“They weren’t huge things but they made a difference to our wellbeing and happiness and I felt appreciated.

“Not being able to see friends was so restricting and really got to me. In a way, I was lucky to work. I could get out of bed and have something to focus on. But it was hard.

“Even being able to skip the queue at Asda made a difference after a long day at work on your feet.”

Aaron works as a patient administrator in intensive care, arranging outpatient appointments and liaising between doctors and patients’ families.

Like many workers, he has concerns about the rising cost of living and says: “Saving any pennies matters.”

In downtime, Aaron enjoys gaming and chatting online with friends.

As well as saving £14 per month, the EE deal gives him unlimited 4G internet access and 20 per cent off five pay-monthly products, including broadband.

He said: “The money I saved on EE’s deal and food at work meant I could spend it on games that helped me switch off and connect with friends.

“The free food and big discounts from Uber Eats saved me at least £10 a day. EE’s offer of priority phone repairs for NHS staff really makes you feel valued and means I know I can always stay connected.”

Singing will boost your mood swiftly 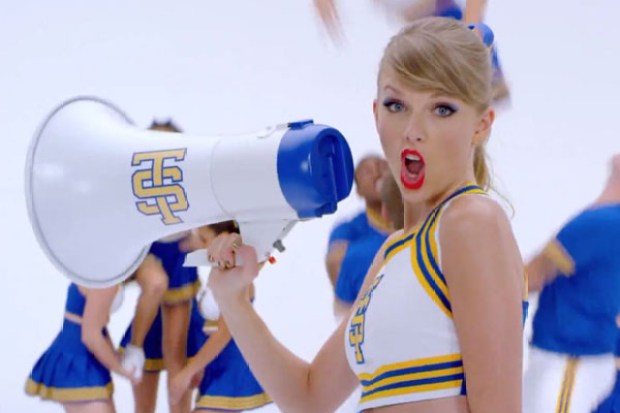 LOOKING for a way to to stave off those winter blues?

Then try a new type of “HIT class” this year . . . one that doesn’t involve the gym

According to new research, singing is as uplifting and invigorating as high-intensity interval training, the popular workout known as HIIT.

Just FOUR minutes of singing your heart out can send your heart rate soaring to as high as 139bpm, benefiting your wellbeing in the same way as a vigorous workout.

That is according to neuroscientists at MyndPlay.

Their study concluded that belting out a popular song with friends and family boosted it further.

Brainwave responses revealed pleasure doubled when participants sang favourites such as Shake it Off by Taylor Swift, Uptown Funk by Mark Ronson and Call Me Maybe by Carly Rae Jepsen in short four-minute intervals.

The study, dubbed Rhythm Not Blues, was commissioned by Roxi, a new streaming and karaoke app available on smart TVs.

It used devices to monitor the heart rate, happiness and relaxation of participants.

The experiment analysed the differences between listening to a track, watching a music video and singing along to four minutes of the same song, individually and alongside other people.

Participants were found to experience 43 per cent more pleasure, on average, from singing along to music over passively listening.

Researcher Dr Tony Steffert said: “If you look at most heart-rate recommended training charts, anything above 100 is what you call your fitness zone.

“Just listening, your mind can wander – ‘I’ve got to do that assignment’,

‘What shall we have for dinner?’ – but when you’re singing, you’re right there in the moment.

“You’re not thinking about anything else.”

Iceland is offering a 20% discount to NHS, Armed Forces and emergency service staff