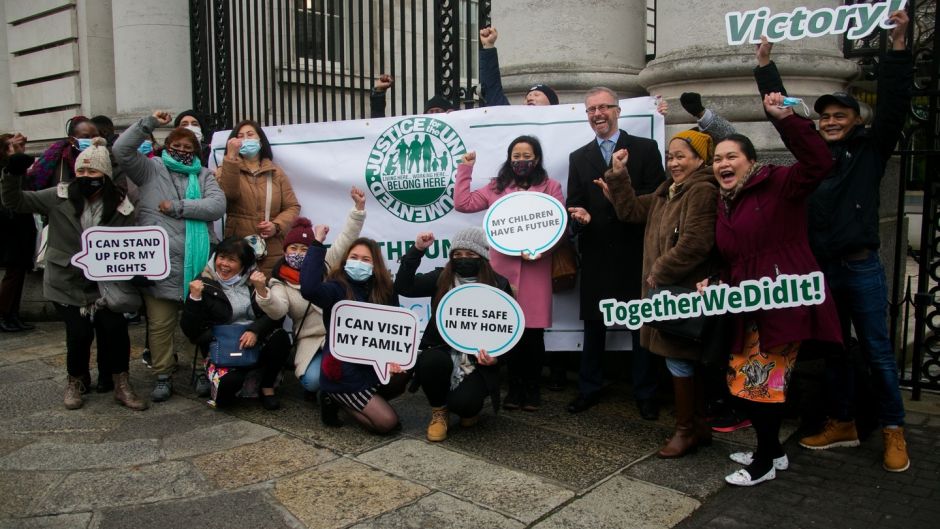 A scheme to regularise the status of thousands of undocumented migrants will allow many people to “come out from the shadows” of society, the Government has said.

The long-awaited scheme will be open to all undocumented migrants who have spent at least four years living in the State without immigration status, or three years in the case of those with children.

There is no data on the exact number of undocumented people in the country, but it is estimated that up to 17,000 people, including 3,000 children, may be eligible for the scheme.

The regularisation scheme will open in January and run for six months. Applicants must meet standards regarding good character and criminal records, and be deemed to not pose a threat to the State. Migrants with convictions for minor offences will not be disqualified solely for this reason.

People who have an existing deportation order can also apply if they meet the residence requirement. Those with expired student visas still living in Ireland without immigration status will be entitled to apply.

Family applications for the scheme, which includes children up to the age of 23, will cost €700 while individuals applicants must pay €550.

Asylum seekers who have spent at least two years awaiting a decision can also apply for regularisation and will be exempt from paying an application and registration fee.

Minister of State for law reform James Browne said people who were undocumented were vulnerable to being exploited at work, with women trafficked into the country “afraid to come forward” because of a lack of immigration status.

The scheme would lead to “improvements” in migrants’ employment and living conditions, as well as economic benefits for the State in increased taxes.

“This scheme will allow those who are undocumented to come out of the shadows of our society,” he said.

Minister for Children and Integration Roderic O’Gorman said the undocumented were neighbours, friends, and work colleagues. “We’ve seen the tragic loss of life in the Channel last week, in the Mediterranean … For us as a country it is important that we don’t shy away from compassion,” he said.

The Government had “tried to be as inclusive as possible” in drawing up the scope of the scheme, Minister for Justice Helen McEntee said, but it had “to draw a line somewhere”.

“Unfortunately there will be people who are on the wrong side of a line that had to be drawn,” she said.

The range of the scheme had been “broadened out” to include people who had spent two years in the asylum process, Ms McEntee said.