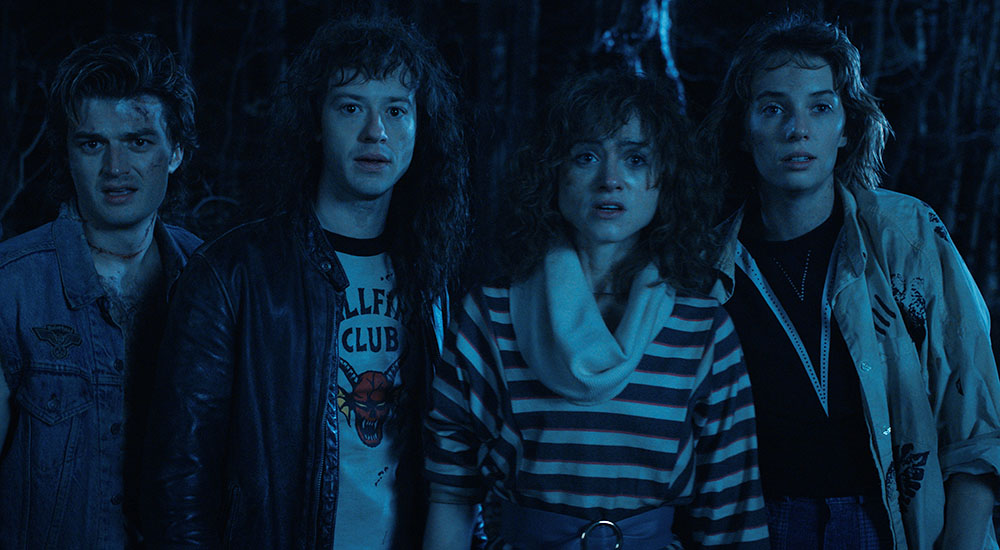 Viewership records for Stranger Things weren’t enough to save Netflix shares from being hit with a downgrade on Tuesday.

Benchmark analyst Matthew Harrigan downgraded them from “hold” to “sell” with a new price target of $157. “We are reverting our rating on Netflix to ‘sell,’ admittedly after having prematurely upgraded the stock to ‘hold’ following fourth-quarter earnings,” he explained. “We have made mild estimate revisions off continued U.S. dollar strength, including versus the yen and European currencies, that is likely not fully reflected in prior second-quarter guidance or analyst consensus.”

Outlining the broader reasons for his bearish view, Harrigan wrote: “We are skeptical on any sustained Netflix stock recovery even as bulls are (or were) talking up its 14.1 times forward price/earnings off 2023 consensus estimates (15.4 times per Benchmark).” He added that “an issue is moderating growth,” pointing to free cash flow trends, for example.

In his report, Harrigan then also pointed to challenges for consumers, which could affect the streamer’s subscriber trends, and Netflix’s image. “Beyond the inflation challenged and more price sensitive consumer, the continued negative Netflix press glut, relating to member losses and even Prince Harry and Meghan, is a mild growth albatross,” he argued.

Detailing his investment thesis, Harrigan wrote: “We view Netflix as now effectively a media name as other streamers are perfecting their interfaces and also have big data expertise, alongside significantly deeper IP libraries at Disney and Warner Bros. Discovery. Management needs to contain overall costs and execute better on its high teen billion cash programming spend, even as it covets a ‘Bridgerton a month’ to meet competition. It may be difficult to curtail spending in the mature U.S. market as competition gains traction, while aggressively investing in Asian growth markets, especially India.”

The Wall Street analyst also commented on the late Monday appointment of Ken Barker as principal accounting officer at Netflix. “We are not disconcerted” by this, Harrigan said. “The prior primary accounting executive until June 10 was JC Berger, vp of finance and global controller and a 15-year Netflix veteran. Ken Barker arrives from Electronic Arts, where he was most recently senior vp, finance since August 2021 and senior vp and chief accounting officer from June 2003 to August 2021. We do not think the change is especially attributable to Netflix’s gaming ambitions.”

Before Tuesday’s market open, Netflix’s stock was down slightly.