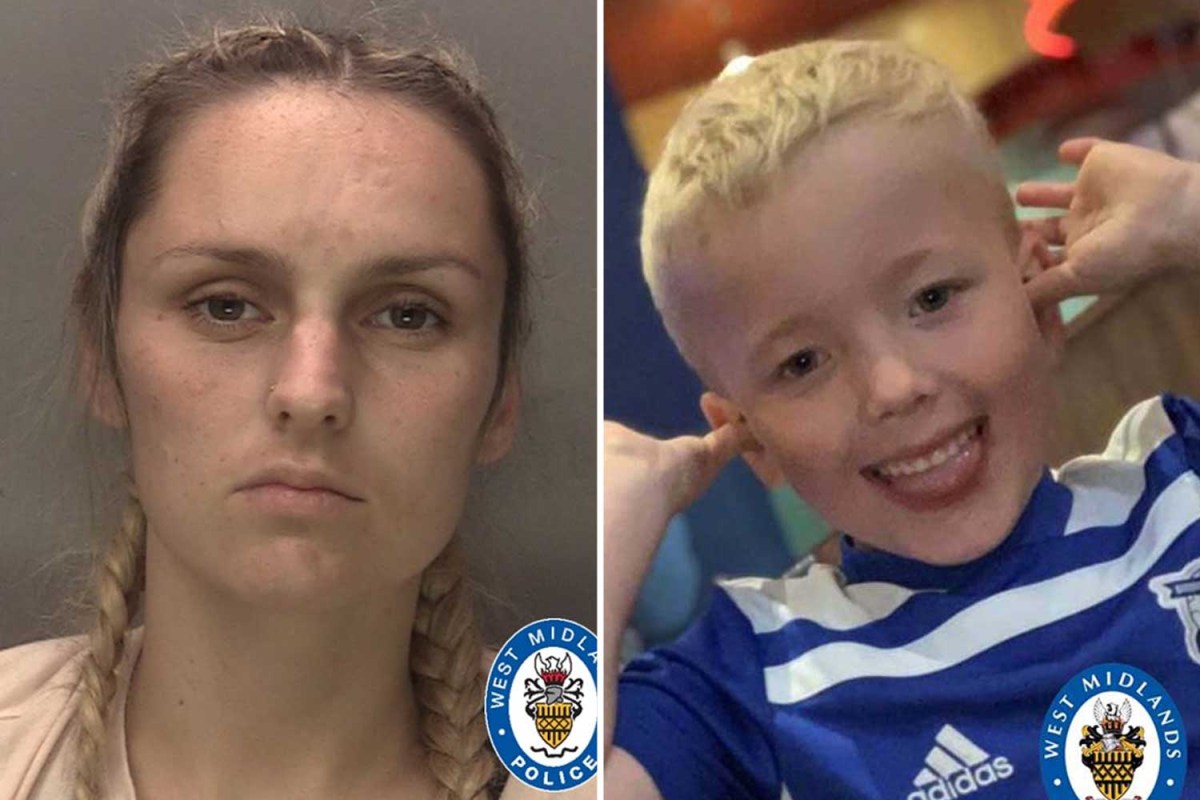 ARTHUR Labinjo-Hughes’s “cruel” step-mum Emma Tustin never mentioned him and hid her crimes from other inmates, her former cellmate has revealed.

Monster mum Tustin, 32, was caged for life with a minimum of 29 years yesterday after being convicted of murdering her six-year-old stepson.

​​His dad Thomas Hughes, 29, was also caged for 21 years after being found guilty of manslaughter.

Now it’s been revealed that the cowardly step-mum told inmates she was in prison because Arthur’s dad Hughes “neglected” his son.

Emma, who shared a cell with Tustin for six week at Eastwood Park prison, Glos, last year told The Sunday Mirror: “Emma hadn’t said anything about Arthur dying. She never mentioned him.”

She said that Tustin would “laugh and joke” on the phone, adding: “She always felt sorry for herself. One day she came back from a plea hearing and was upset, so I asked, ‘What’s wrong?’

“She said, ‘He didn’t look at me, Tom never looked at me’. That was the only time I saw her upset about anything.”

Elaine, who had been recalled to jail for battery and criminal damage, claims she only found out the truth when she found Tustin’s case paperwork in their cell.

She said: “We had a fight – it was me more than her. I got angry because I’d read about how he [Arthur] had 130 bruises and I asked how she wouldn’t notice when she gave him a bath.

“She said she just used to give him a towel.

“I pressed the bell and said if the prison officers didn’t get her out then I’d be staying there a long time.”

Tustin was then moved to a different cell – but Elaine said that when inmates learned that she had poisoned Arthur with salt, they began to ruin her meal with it.

She said: “Some of the things we did were cruel – but she was crueller to Arthur so she deserved it.”

The six-year-old was isolated, poisoned with salt and starved in his final months before twisted Tustin’s fatal attack where she banged his head repeatedly against a hard surface.

During the trial the court heard that sick Tustin had tried to take an overdose and attempted to hang herself to avoid facing punishment for murdering tragic Arthur.

Her solicitor, Mary Prior QC, described her as a “high suicide risk” and added that she had been “obliged to terminate a pregnancy.”

Tustin was pregnant with Hughes’ baby when she violently attacked Arthur, undergoing an abortion in custody at 21 weeks.

Mr Justice Mark Walll QC slammed the pair as he jailed them, saying the case was “without doubt one of the most distressing and disturbing” he has ever dealt with.

He said: “This cruel and inhuman treatment of Arthur was a deliberate decision by you to brush off his cries for help as naughtiness.”

Addressing Tustin, he continued: “You are a manipulative woman who will tell any lie, and shift the blame onto anyone, to save your own skin.”

The judge said she did not want to be “troubled” by Arthur any more and branded Hughes’ encouragement as “chilling”.

The shameless stepmum refused to leave her cell to face justice for her campaign of horror on the youngster.