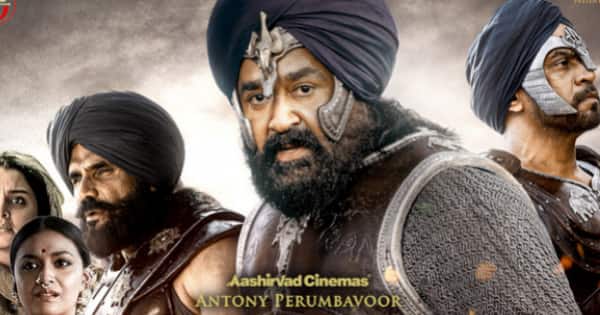 Mohanlal and Priyadarshan have been working on the idea Marakkar for years. It is said that the initial work on the project began in 1996. And finally, today, Marakkar Arabikadalinte Simham is seeing the light of the day. Finally, Marakkar Abarikadalinte Simham is out in cinemas from today. And even before its release, the movie has made a business of Rs 100 crore. Yes, you read that right. Mohanlal took to his social media handle to reveal the happy news himself. Also Read – Trending OTT News Today: Minnal Murali’s second trailer raises the bar for the Tovino Thomas starrer, Mohanlal reveals why Marakkar is not releasing first on OTT and more

Marakkar Abarikadalinte Simham has been released on 4100 screens and as many as 16000 shows have been booked already. And through the pre-reservations and bookings itself, Marakkar has made a business of Rs 100 crore alone. Uh-huh, You read that right! The veteran actor released a statement on the same which read, “The first Indian movie to enter the 100 crore club worldwide through reservations alone.” Check it out here: Also Read – Trending South News Today: Yash’s KGF 2 in trouble due to Aamir Khan, Allu Arjun regretting Pushpa’s release date and more

Marakkar is an ensemble cast epic war film that also stars Suniel Shetty, Arjun Sarja, Prabhu, Ashok Selvan, Manju Warrier, Keerthy Suresh, Nedumudi Venu, Siddique, Mukesh, Pranav Mohanlal, Jay J. Jakkrit, Max Cavenham, and Toby Sauerback in supporting roles. The final draft of Marakkar was ready in 2018 after which the film went on floors. A magnanimous set was built t Ramoji Film City in Hyderabad. The shooting of Marakkar lasted for about 104 days alone. And the post-production took another 14 months. Talking about the set, four life-size ship replicas were constructed and was shot inside a water tank. Also Read – Trending South news today: Dulquer Salmaan’s Kurup outperforms Lucifer and Mamangam, Mahesh Babu and Samantha Ruth Prabhu to reunite for their next and more

Marakkar is bankrolled by Antony Perumbavoor under the banner of Aashirvad Cinemas and confident group. Apart from the OG Malayalam, the film will also release in Tamil, Telugu, Kannada, and Hindi languages, worldwide.