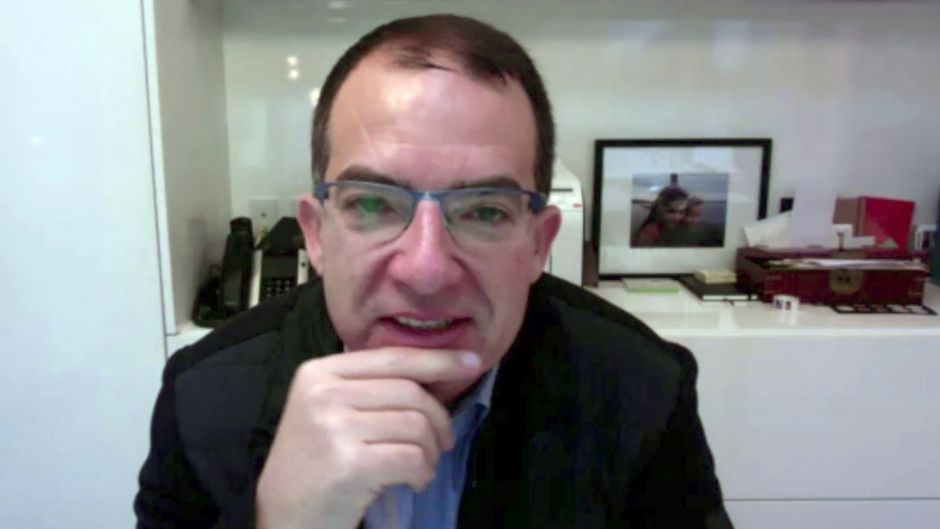 The chief executive of Moderna has predicted that existing vaccines will be much less effective at tackling Omicron than earlier strains of coronavirus and warned it would take months before pharmaceutical companies could manufacture new variant-specific jabs at scale.

Stéphane Bancel said the high number of Omicron mutations on the spike protein, which the virus uses to infect human cells, and the rapid spread of the variant in South Africa suggested that the current crop of vaccines may need to be modified next year.

“There is no world, I think, where [the effectiveness] is the same level . . . we had with [THE]Delta [VARIANT],” Bancel told the Financial Times in an interview at the company’s headquarters in Cambridge, Massachusetts.

He added: “I think it’s going to be a material drop. I just don’t know how much because we need to wait for the data. But all the scientists I’ve talked to . . . are like, ‘This is not going to be good’.”

The Moderna chief executive’s comments come as public health experts and politicians have tried to strike a more upbeat tone about existing vaccines’ capacity to confer protection against Omicron.

On Monday, Scott Gottlieb, a director of Pfizer and former commissioner of the US Food and Drug Administration, told CNBC: “There’s a reasonable degree of confidence in vaccine circles that [WITH]at least three doses . . . the patient is going to have fairly good protection against this variant.”

Joe Biden, US president, subsequently said Omicron was “a cause for concern, not a cause for panic,” adding that the government’s medical experts “believe that the vaccines will continue to provide a degree of protection against severe disease”.

However, Bancel said scientists were worried because 32 of the 50 mutations in the Omicron variant are on the spike protein, which current vaccines focus on to boost the human body’s immune system to combat Covid.

Most experts thought such a highly mutated variant would not emerge for another year or two, Bancel added.

In Japan, the benchmark Nikkei 225 index swung to a loss of as much as 1.1 per cent following the FT’s report. Hong Kong’s Hang Seng index was 2.3 per cent lower. S&P 500 futures erased initial gains to tip US stocks to drop almost 1 per cent, while the FTSE 100 was set to shed 1.2 per cent at the open in London.

Concerns over the variant drove traders to seek safety in bonds, pushing the yield on 10-year US Treasuries down 0.05 percentage points, while in commodities markets, Brent crude, the international oil benchmark, reversed course to be down almost 2 per cent at $72.04 a barrel.

“With [BANCEL]saying the vaccines may not be as effective, that’s caused renewed uncertainty – hence the outside market moves you’re seeing now,” said Mansoor Mohi-uddin, chief economist at the Bank of Singapore.

Mohi-uddin added that while investors were not pricing in a more serious disruption to the global economy from Omicron, it could take weeks for a clearer picture to emerge. “The view is still that it’s going to be a temporary hit, rather like [the Delta variant] turned out to be.”

Moderna and Pfizer have become the vaccine suppliers of choice for most of the developed world due to the high effectiveness of their jabs, which are based on messenger RNA (mRNA) technology.

In August, Moderna announced that people vaccinated with two doses of its jab “maintained antibodies through six months, including against variants of concern such as the Delta variant”.

But studies suggested that the company’s vaccine was less effective at preventing outbreaks of Delta than earlier strains of the virus.

A Stanford University study of a Delta outbreak at a California prison published last month found that Moderna’s jab was 56.6 per cent effective against infection – substantially lower than the level in studies conducted before the emergence of the variant, the researchers said.

Moderna and Pfizer are now working on new vaccines to target the Omicron variant, which the World Health Organization has said poses a “very high risk”.

Bancel said data indicating how existing vaccines performed against the Omicron variant, and whether it caused severe disease, should become available within two weeks.

But he said it would take several months before an Omicron-specific vaccine could be produced at scale, and suggested there might be a case for giving more potent boosters to the elderly or people with compromised immune systems in the meantime.

“[MODERNA] and Pfizer cannot get a billion doses next week. The maths doesn’t work. But could we get the billion doses out by the summer? Sure,” said Bancel, who predicted Moderna could make a total of 2 billion – 3 billion doses in 2022.

But he said it would be risky to shift Moderna’s entire production capacity to an Omicron-targeted jab at a time when other variants were still in circulation.

Bancel also hit out at critics who have accused vaccine makers of not doing enough to support rollouts in developing countries such as South Africa, where only a quarter of the population is fully inoculated, according to Johns Hopkins University.

“This was mostly a policy decision by the rich countries. In the US, we were told we had no choice but to give 60 per cent of our output to the US government. That was not a Moderna decision, that was a US government decision,” he said.

Bancel also said there was a surplus of jabs earmarked for Africa and that 70m Moderna vaccines were sitting in warehouses because Covax, an international body tasked with supplying low-income nations, or individual governments had not taken delivery of them.

“We are running out of space,” he said. “It’s because either they don’t have customs documents, or they don’t have fridge space, or because the ability to get doses in arms is a challenge.” – Copyright The Financial Times Limited 2021