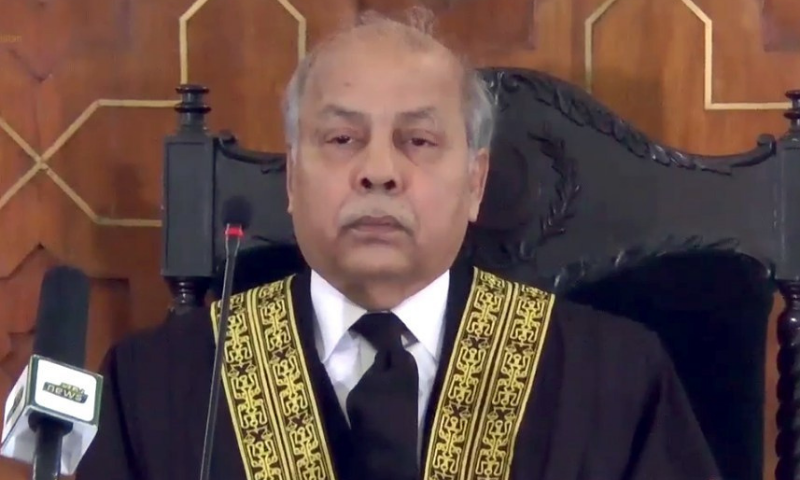 Chief Justice of Pakistan (CJP) Gulzar Ahmed on Tuesday said that the law did not allow land meant for defence purposes to be used for commercial gains, saying such land should be returned to the government once its strategic use has ended.

A three-judge bench headed by the chief justice and comprising Justice Qazi Mohammad Amin Ahmed and Justice Ijazul Ahsan resumed the hearing on the issue of military lands being used for commercial purposes.

“The law’s intention is not that defence land is used for any other purpose,” Justice Gulzar reiterated. “If [the land] is not being used for defence then it will go back to the government.”

“This is government land,” the top judge said, noting that cinemas, petrol pumps, housing societies, shopping malls and marriage halls were being constructed on land meant for defence.

“General sahib, these are not defence purposes,” he told the defence secretary, asking the attorney general to explain how the defence ministry would “limit the land’s use to defence”.

The CJP pointed out that schools and marriage halls had also been built on Faisal Base land.

“It is being said that Masroor and Korangi airbases are being shut and [perhaps] commercial activities will be started there,” the CJP added.

He noted that cantonment land had to be returned to the government after defence objectives were met.

“The army should not compromise on its bigger objectives for petty business,” Justice Qazi Amin remarked, adding that the military should be mindful of the sanctity of its institution.

CJP Ahmed pointed out that shopping malls had also been built on defence land in Lahore and Quetta, saying “it is not clear how the Ministry of Defence will sustain these activities.”

The defence secretary informed the court that a joint committee of all three armed forces had been formed to check violations of the law.

The CJP further said that “allotting houses to senior army officers does not fall under defence purposes.”

“How can the army carry out commercial activities on state land?” he questioned, emphasising that state land should not be “exploited”.