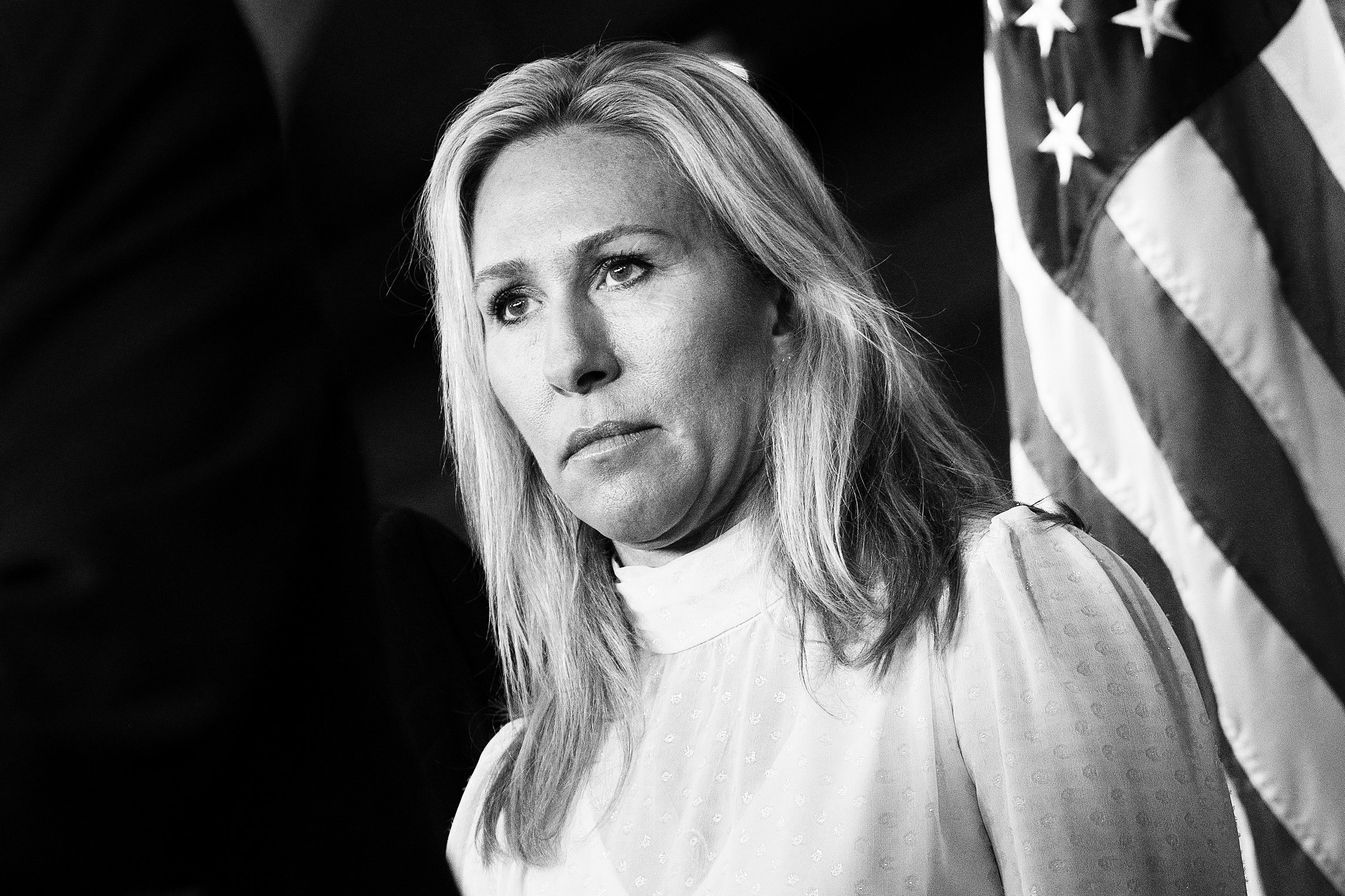 Rep. Marjorie Taylor Greene, R-Ga., is the picture of hypocrisy.

Surely, you know this by now.

Just over a week ago, I shared a clip of Greene being called out for labeling Democrats communists despite the fact she fawns over former President Donald Trump, who befriends communist and proto-communist rulers.

Now, a new analysis from Insider brings Greene’s conservative grifting into even clearer view. Despite being one of the loudest anti-vaccine conspiracy theorists in Congress, an analysis of her financial records found she owns stock in three major pharmaceutical companies that produce vaccines: AstraZeneca, Pfizer and Johnson & Johnson. The Chattanooga Times Free Press was the first to report Greene’s investments.

Greene and her spokesperson have said she doesn’t manage her own investments and leaves the job to a third party, but that’s an unacceptable excuse for someone depicting herself as the most avowed vaccine skeptic in Congress.

She’s repeatedly compared vaccine distribution in America to the Holocaust, including during a recent interview when she claimed “vaccine Nazis” are “ruining our country.”

“I’m not vaccinated, and I’m not getting the vaccine because I’m an American,” she said. “I can choose what I want to do with my body. I have the freedom to decide if I want to get a vaccine or not get a vaccine. I do not care who tells me to get one.”

One of her Republican primary opponents, Jennifer Strahan, highlighted Greene’s hypocrisy on the matter:

Having been stripped of her House committee assignments earlier this year for spreading conspiracy theories, Greene has used her newfound free time to continue spreading baseless lies about everything from the Jan. 6 insurrection to vaccines. The latest reporting about her investments in vaccine makers is evidence her bloviating isn’t rooted in principle. It’s completely self-serving.

Newsom gives conservatives a taste of their own medicine