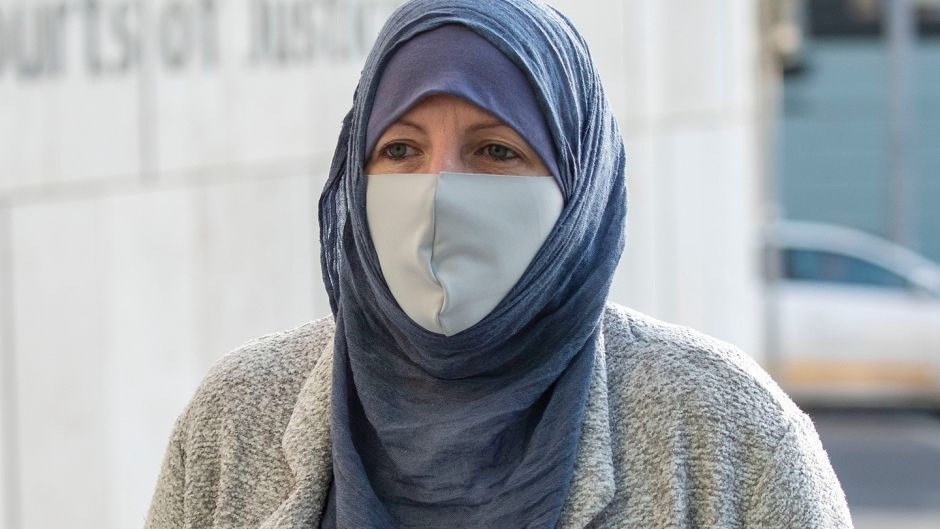 Former Defence Forces member Lisa Smith “enveloped” herself in the “black flag of Islamic State”, her trial at the Special Criminal Court has heard.

The Dundalk woman is accused of joining the Islamic State, also known as Isis, in its caliphate in the Syria in 2015

When the charges were put to her in the Criminal Courts of Justice on Tuesday morning, Ms Smith pleaded “not guilty”.

The trial began with an detailed opening speech by prosecution counsel Sean Gillane. He said the concept of “hegira”, which in this context meant showing loyalty to the Islamic State by emigrating to its territory, was central to the prosecution case.

He said she “tried to access Islamic State controlled territory and sought out the means in which this could be done” and that she “enveloped herself in the standard or black flag of Isis”.

Ms Smith is accused of making hegira to Islamic State territory in 2015 where she married and had a child. Mr Gillane said she then fled with the group as it lost territory before eventually ending up in a displaced person’s camp.

From there she was brought back to Ireland before being arrested by gardaí.

During his opening speech, Mr Gillane described historical reasons for the rise of Islamic State, going back to the division of Islam into Sunni and Shi’ite sects and the foundation of Iraq in 1920.

He said the trial will hear evidence concerning the “personal history of the accused and looking at the wider socio and political history of Middle East and Iraq”.

Mr Gillane said the prosecution is not concerned with religion or religious belief but that there will be contextual evidence concerning Islam and its history in the region.

He detailed the violence employed by Islamic State which went beyond securing military objectives and said the court will hear about “individual horrors” inflicted on apostates and other groups it considered enemies.

There will also be evidence of Islamic State’s extensive use to the internet to spread its message, he said.

Ms Smith is accused of joining the Islamic State in its caliphate in the Middle East.

Ms Smith (39) of Dundalk, Co Louth has pleaded not guilty to joining a foreign unlawful organisation, namely the Islamic State, between October 28th, 2015 and December 1st, 2019 in a location outside the State.

She has also pleaded not guilty to financing terrorism by sending €800 by Western Union money transfer to a named person in 2015.

The trial proceeded after the Special Criminal Court rejected a legal application to have terror-related charges against her dropped on Monday.