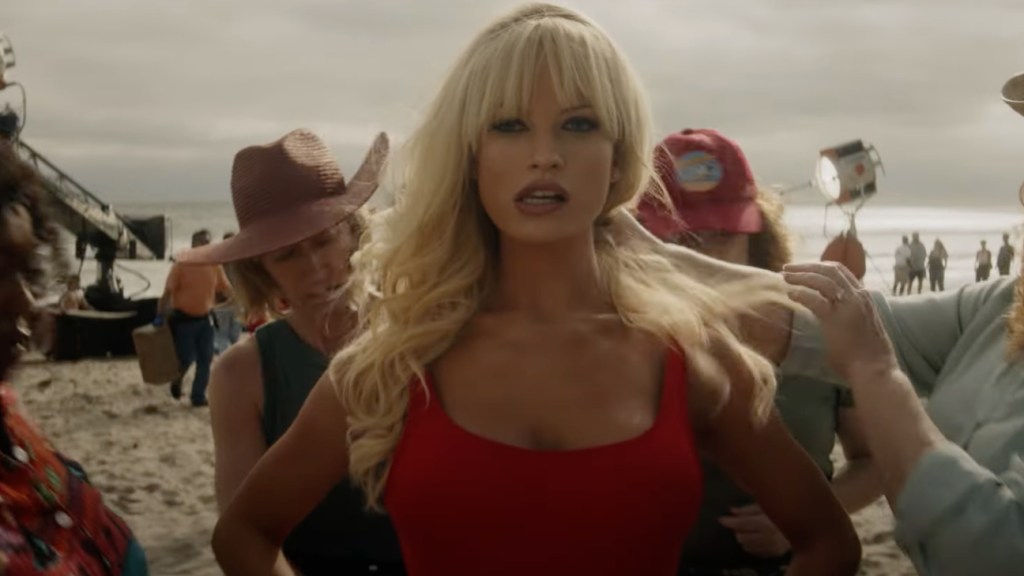 Picked up to series in December, the eight-episode comedic series tracks the relationship between then-Baywatch star Anderson and Mötley Crüe drummer Lee, who married less than a week after they met in 1995. A tape they made having sex during their honeymoon was stolen from their home and distributed online. Anderson and Lee sued the distributor, Internet Entertainment Group, and eventually reached a settlement under which the tape became public again.

The series, from writers Rob Siegel and DV DeVincentis and directed by Craig Gillespie (I, Tonya), also explores the couple’s famed sex tape and topics including spousal abuse. Neither Anderson nor Lee is involved in the series, which is exec produced by Seth Rogen and Evan Goldberg. James, for whom Pam & Tommy is expected to be a breakout role, and Stan lead a cast that also includes Rogen, Nick Offerman, Andrew Dice Clay and Taylor Schilling.

The series, which debuted first-look photos of Stan and James in character, premieres Feb. 2 on Hulu.

Watch the trailer, below.