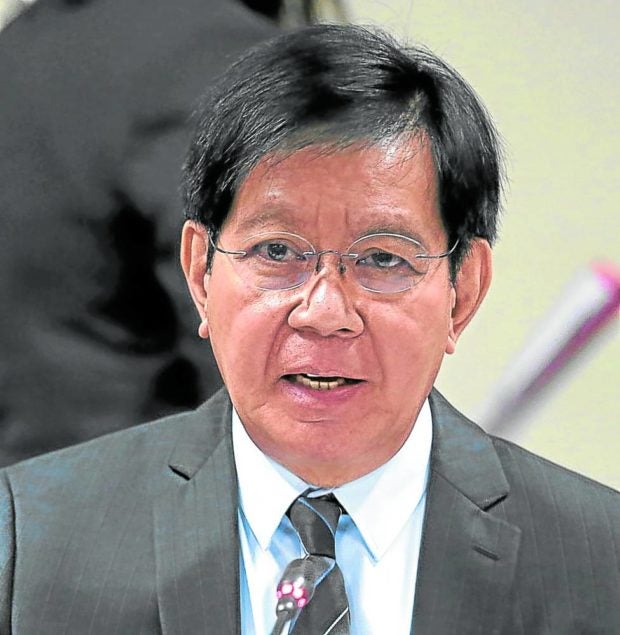 MANILA, Philippines — Senator Panfilo Lacson prefers to remain as the “most boring” presidential aspirant in the upcoming May 2022 elections, saying that he wants to be remembered as someone who campaigned using hard data and not Tiktok entertainment.

During the 47th Philippine Business Conference and Expo hosted by the Philippine Chamber of Commerce, Lacson said he would like people to recognize him as a public servant who stayed true to his principles.

“I wish to be remembered as a public servant who had uncompromising principles. One, who can walk the talk and who can break away from the politics of entertainment, doublespeak, and lip service,” Lacson said in the program streamed on Facebook on Thursday.

“If I win, I want to be remembered as someone who won the election in spite of being the most boring candidate who insisted on campaigning on hard data on issues, not by Tiktok entertainment and occasional feeding program and dole-outs, and certainly not by making false promises, preying on the gullibility of our hapless and helpless electorate for instant cash assistance,” he added.

According to Lacson, he also wants Filipinos to understand that he started out with humble beginnings and has worked his way up while keeping his integrity as instilled in him by his parents.

“I wish to be part of a greater story of every Filipino, someone with humble beginnings who took to heart the teaching of his parents to uphold integrity and honesty at all times, especially when no one is looking, in an environment so ridden with corruption,” he said.

“And someone who uncompromisingly adhered to his personal credo — what is right, must be kept right, what is wrong must be set right,” he stressed.

Lacson is gunning to become the next president in next year’s polls under the platform of local government empowerment and inclusive growth.

The Senator and his running mate, Senate President Vicente Sotto III, have insisted that the country needs veteran lawmakers to implement laws in the executive branch and ensure that funds will flow into local government units through decentralization.

READ: Promise to decentralize nat’l gov’t has a realistic formula, Lacson assures The

Both, however, had noticed that a serious campaign seemed to have an opposite effect. In a forum last November 4, Lacson and Sotto acknowledged there is a need to reassess their campaign and communications strategy to ensure that people actually appreciate the essence and importance of their messages.

Lacson said it has become evident that the public still looks for something funny or entertaining from candidates even if it makes the level of discussions superficial. Sotto, on the other hand, said that the 2022 polls may boil down to a game of messaging where candidates who effectively deliver their message get a higher chance of winning.

In a report obtained by INQUIRER.net on Wednesday, media analytics firm Isentia PH said there is reason to believe that Philippine elections are still centered on humorous storylines and entertainment.

According to their monitoring of social media channels, the popularity of Ronaldo Plaza, a senatorial aspirant in the 2019 midterm elections who goes by the alias “Rastaman,” shows that people are yearning for a funny twist to an otherwise serious political exercise.

Plaza, sporting a bandana and with several tattoos on his face, became an internet sensation among people supposedly tired of politics with many claiming — whether seriously or jokingly — that he is the best candidate for the presidency.

According to Isentia PH, the Filipinos’ desire for some laughs may be an attempt to hide a great frustration over what has happened in the country — from the issues on the COVID-19 pandemic response and the effects of lockdown restrictions.