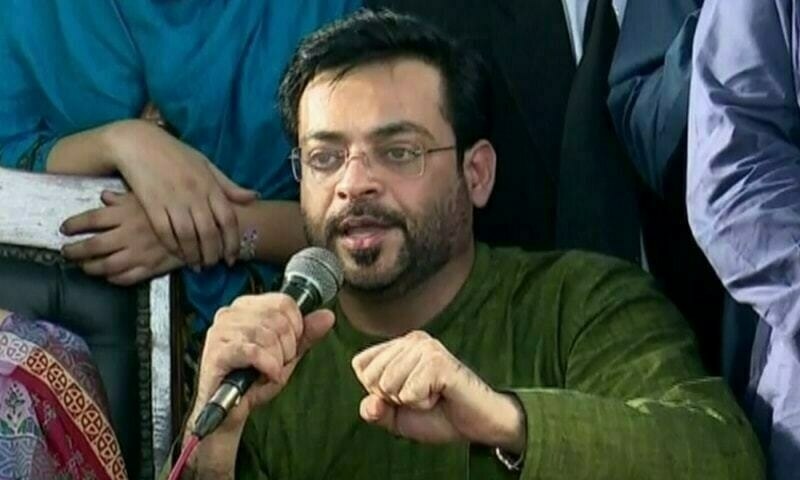 A local court in Karachi on Tuesday ordered the director of the Federal Investigation Agency’s (FIA) Cyber Crime Reporting Cell to submit a detailed report on private videos of recently deceased televangelist and politician Dr Aamir Liaquat Hussain that were leaked on social media, allegedly by his wife Dania Malik.

Additional District and Sessions Judge (South) Sehrishtadar instructed the FIA director to ensure that the report gets furnished without fail by July 6.

Shabbir Shafqat, the petitioner, had approached the court on Saturday, alleging that the FIA director had not entertained his request to lodge a case against Malik.

He accused Malik of posting “immoral” videos on social media, which he said caused cracks in the matrimonial life of the couple and hurt public sentiments.

“Such an act of Dania Malik falls under Cyber Crime Act so legal action must be taken against her”, the applicant argued.

The petitioner said he had approached the FIA director to look into the matter but nothing was done, compelling him to approach the court.

The applicant pleaded with the court to direct the respondent to record his statement under Section 154 of the Criminal Procedure Code and lodge a case against Malik.

Hussain died on June 9 and was buried the following day after his family refused an autopsy. A Karachi judicial magistrate subsequently ordered authorities to conduct a post-mortem on the televangelist’s body and a six-member medical board has been formed to perform the examination.