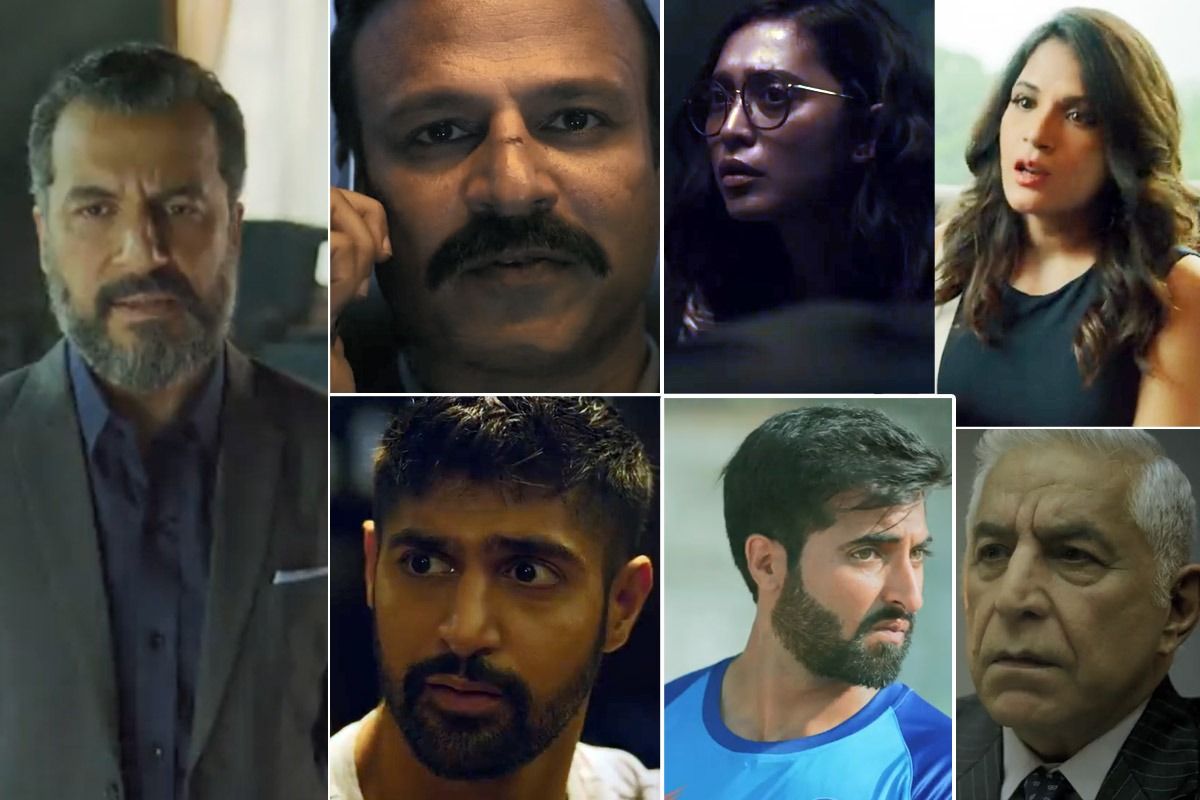 Inside Edge 3 Twitter Review: Amazon Prime Video Series Inside Edge is back on our screen with its third installment. The show made its debut in 2017 and went on to earn nominations in the International Emmys Award in Best Drama category, the first for India. The show revolves around Cricket and touches upon the power, corruption, scandals, and other elements that play important roles within the system. The show launches its new season with an ensemble cast including Vivek Oberoi as power hungry Vikrant Dhawan, Richa Chaddha as fading actor and entrepreneur Zarina Malik, Aamir Bashir as powerful man behind the Cricket organization, Tanuj Virwani as the Indian cricketer, and new member Akshay Oberoi.Also Read – This Bollywood Actress Has Openly Declared Her Love For Rahul Dravid, Calls Him ‘Her First Mohabbat’

The netizens are out with their review and once again, they are impressed with its interesting storyline and unexpected twists in the series. While one user tweeted, “Finally finished watching this 9 am of the morning time to take a bath and go to work. I ain’t watching cricket or any sport. Dafuq did I just saw…mind boggling stuff.” Another wrote, “I just loved  @amit_sial!! He is just ‘Natural’ …  but got to admire the performance of @vivekoberoi … Brutal  !! Highlight of #InsideEdge3 !!!” Also Read – Inside Edge Season 3 Trailer: ‘And Just Like That, The Series Got Just More Interesting,’ Says Vivek Oberoi

Another wrote, “Inside edge is one of my initial days web series Hugging face..so glad it comes to 3rd season and final one Partying face. Expecting Telugu version very soon” Also Read – Inside Edge 3: Five Things to Refresh Your Memory as The Third Season Premiers This December

Finally finished watching this 9 am of the morning time to take a bath and go to work. I ain’t watching cricket or any sport. Dafuq did I just saw…mind boggling stuff. #InsideEdgeOnPrime pic.twitter.com/vgIOY4hKsG

I just loved @amit_sial !!
He is just ‘Natural’ …
but got to admire the performance of @vivekoberoi … Brutal !!

Whew! A 9 episode binge yesterday night and the final rn, whattay a season #InsideEdgeOnPrime .@AamirBashir @vivekoberoi literally pull it on their shoulders!@Akshay0beroi is amazing !
Expected @RichaChadha to get more but as always she ✨!

Can’t keep marvelling on how fantastic Aamir Bashir is as #Bhaisahab ,kinda rooting for him to come out on the top of all this.#InsideEdgeOnPrime #InsideEdge3

the game is the same, it just got more intense #InsideEdgeOnPrime, new season, Dec 3 pic.twitter.com/5TH8qhBfN4

Watching #InsideEdgeOnPrime it’s incredible and first match between pak and India looks more real and professional then actual one. Thanks for showing that sportsmanship and kashmiri guy wins for India. @RichaChadha you are always awesome ❤️.