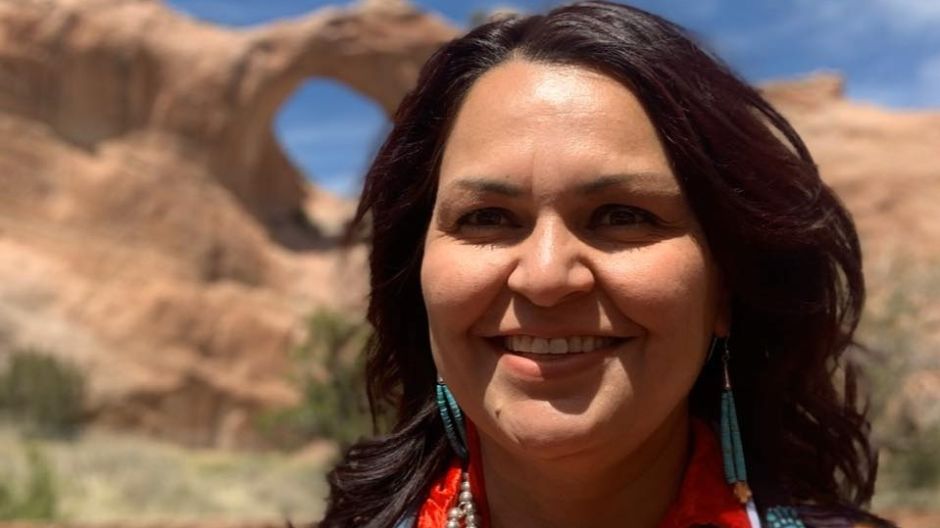 “For the first time in my lifetime my two cultures were intertwined in the most beautiful way … I was so proud to be Navajo and so proud to be Irish.”

Doreen McPaul was speaking as she received a Presidential Distinguished Service Award for the Irish Abroad for 2021. President Higgins granted the awards to 11 people at a ceremony in Áras an Uachtaráin on December 2nd.

McPaul, of Irish and Navajo heritage, is attorney general for the Navajo Nation. Her award, under the category of charitable works, is in recognition of her fundraising for the Navajo, who experienced extreme hardship during the Covid-19 pandemic.

Her efforts led to a collaboration with the Irish Cultural Centre and McClelland Library in Phoenix, Arizona, which gathered more than $30,000 worth of donated supplies to assist the Navajo Nation at the peak of the pandemic.

“The Navajo Nation was so devastated by Covid-19, as a culture and as a community. [It] was really tragic and stressful, and we worked literally non-stop. The highlight of this was talking to people from all over the world …. Specifically with Ireland, we had this huge outpouring of support, and that was really overwhelming because of my own dual heritage and growing up as a half-Navajo half-Irish girl,” she told The Irish Times.

“As soon as people learned that the Navajo Nation attorney general was part-Irish, people reached out to me and claimed me as their own and invited me to all these things and celebrated my dual heritage in a way I’ve never experienced before. Literally they put me on the highest pedestal and that’s what this award signifies to me.”

A graduate of Princeton University, Doreen McPaul has worked as a tribal attorney for 20 years and has spent two years serving as attorney general. “I didn’t know I was nominated for the award first of all. So when the Irish council called to let me know I would be receiving a notice of the award, I literally cried.”

Colm Brophy, Minister of State for Overseas Development Aid and Diaspora said: “As Minister of State for the Diaspora I am aware of the profound impact our global family has had around the world in a variety of fields. There were 107 nominations for these awards this year, and the level and breadth of the achievements of the people nominated are, by any measure, remarkable.

The contribution of the Irish abroad has been immense, and the diversity of their achievements in their many walks of life, can be seen in this year’s 11 awardees.”