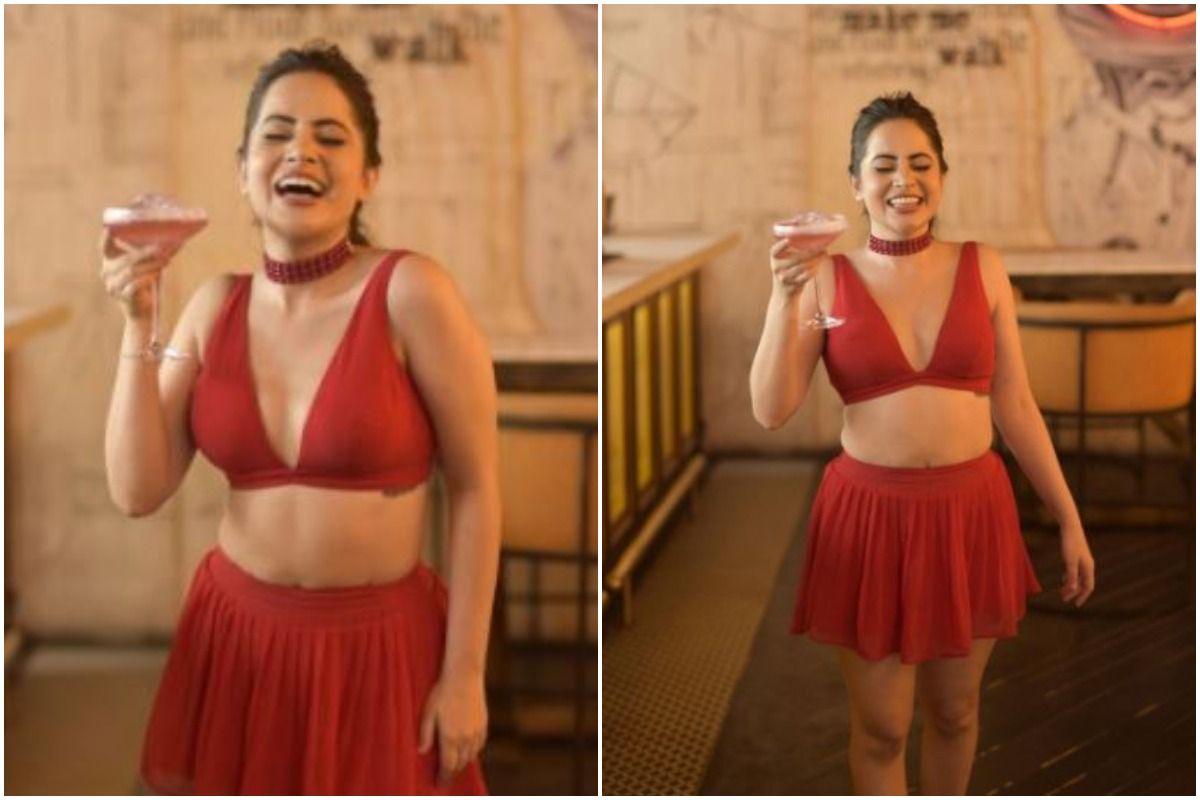 Mumbai: Ever since his Bigg Boss OTT journey, Urfi Javed has become a social media sensation. The actor is often spotted with her quirky and bizarre outfits. Fans have repeatedly called her ‘female version of Ranveer Singh’. However, for a change, Urfi seems to have impressed fans with her latest pictures. On Friday, Urfi took to her official Instagram account and dropped a series of pictures in which she can be seen holding a mocktail. In the pictures, Urfi looks super stunning as she wears a red outfit. She accessorised her look with a choker but it is her million-dollar smile that is also grabbing fans’ attention.Also Read – Urfi Javed Wins Fans’ Hearts For The First Time With Sexy Belly Dance, Watch Viral Video

Needless to say, Urfi looks hottest in these pictures. She knows how to slay any outfit with her style and confidence. Fans were also quick to flood the comment section of her post with fire and red heart emojis. While one of the fans called her ‘sizzling’, another social media user commented, ‘red angel’. Also Read – Bigg Boss 15: Urfi Javed Targets Karan Kundrra, Says ‘He is Playing Game With Nishant Bhat’

Urfi Javed often shares her jaw-dropping pictures on social media. Check out some of her social media posts here.

On the work front, Urfi Javed was last seen in Bigg Boss OTT which premiered earlier this year. Apart from this, she has also worked in several TV shows including Meri Durga, Bepannah and Chandra Nandini among others.