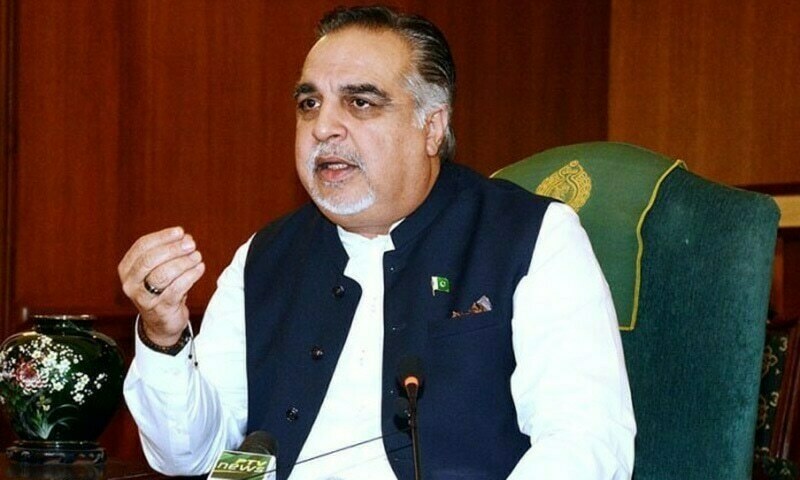 KARACHI: It seems to have dawned upon the senior Pakistan Tehreek-i-Insaf management in Sindh that the sturdy anti-US sentiments quickly rising within the social gathering rank and information over the alleged interference in inner political affairs of the nation and the alleged “conspiracy hatched to oust Imran Khan government” will not be going to be very useful for the political way forward for the social gathering.

The social gathering appears to have realised that now there’s a have to tone down this zealotry and rhetoric to point out that the PTI will not be in opposition to any international nation and needs cordial relations with the United States as nicely.

The senior leaders on Thursday clearly expressed concern over the aggressive tone and requested the leaders and PTI staff to keep away from any such sentiments that might have an effect on Pakistan’s relations with the world superpower.

Sindh Governor Imran Ismail chatting with media at Governor House acknowledged that the current actions of the social gathering lawmakers and staff that included elevating anti-US slogans within the Sindh Assembly and burning of symbolic effigy of the world superpower in streets in several components of Karachi “were not in good taste”.

He made it clear that the PTI authorities needed cordial relations with all nations the world over.

“We have conveyed to our workers and friends that this is not good [anti-US sloganeering]”, he stated when requested in regards to the PTI management response to current social gathering protests in Karachi and Sindh Assembly the place the anti-US slogans have been raised.

Earlier, a whole bunch of PTI staff led by legislators and areas leaders, gathered in Lyari on Thursday morning and staged a protest in opposition to ‘traitors of the country’ who, in accordance with them, have been attempting to oust the Imran Khan authorities on a international agenda.

Chanting slogans “down with the US”, additionally they burnt effigies of these political leaders of Pakistan who had allegedly “sold out” their conscience for “the lust of power”.

Although the Sindh governor saved himself at distance from such forceful protests of the PTI, he appeared assured and satisfied that the federal government was going through a ‘foreign intervention’ and the data was additionally seconded by the National Security Council that included the navy management.

Despite all reservations and a agency stand of the federal government on the alleged international intervention, the Sindh governor made it clear that the federal government would settle for the Supreme Court resolution, whereas additionally including that it was the folks of Pakistan who would truly resolve about proper and incorrect within the subsequent basic elections.

“They [opposition parties] have been accusing the PTI government of incompetence and demanding fresh elections for a long,” stated Governor Ismail. “Now they are running away from the elections. Why? The answer is very simple. They want to get control of the government for a few months to reverse all those reforms which the PTI government brought for free and fair elections, which included use of EVMs [electronic voting machines] and voting rights to overseas Pakistanis. Then they want to cut to size the NAB [National Accountability Bureau] that would directly benefit them in their graft cases.”