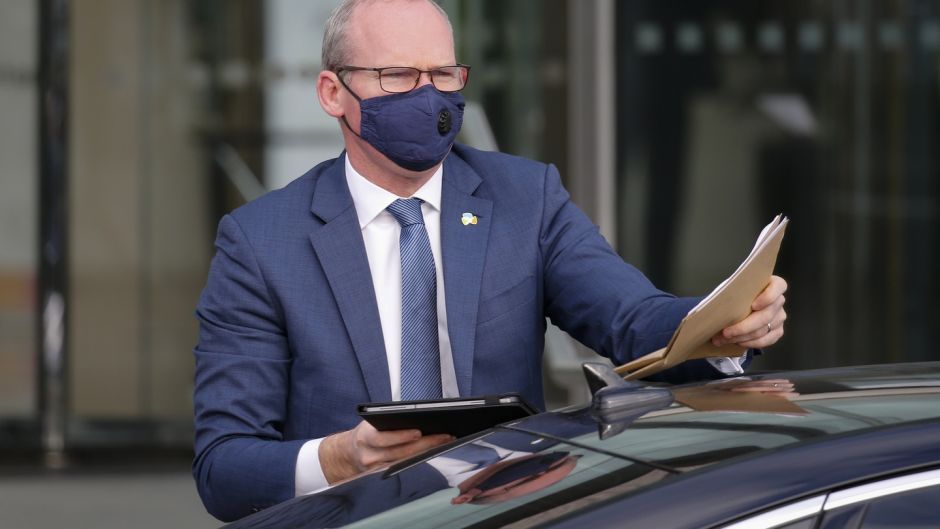 Minister for Foreign Affairs Simon Coveney has said the Government cannot rule out further restrictions and that “too many people” are not turning up for Covid-19 booster shots.

Mr Coveney said the “last thing” the Government wanted is “another severe series of restrictions” in the build up to Christmas and would monitor the situation closely over the next two weeks.

The minister said he suspected that the National Immunisation Advisory Committee (Niac) would be “advising clearly” on booster shots for those aged under 50.

The Government announced several measures on Tuesday aimed at curbing the fourth wave of the virus, which is placing hospitals and the health service under major pressure.

People were advised to work from home; a midnight closing time will be imposed on bars and nightclubs; and close contacts of a case in the same household must restrict movements for five days. Covid-19 passes were also extended to cinemas and theatres.

Mr Coveney said the new restrictions which are due to come into effect from Thursday are “considered measures” that the Government felt had to be taken due to pressure on the health system and the predicted increase in demand.

“This is about trying to avoid more severe restrictions on people. It’s about effectively recalibrating our response and recognising that large numbers of people in night clubs and late night bars is a risk factor that we think is responsible to remove for now,” Mr Coveney told reporters in Dublin on Wednesday.

Mr Coveney said it was not the job of the Government to make popular decisions but to make decisions on the basis of public health advice.

“We have to protect people and society more generally and that’s what we did. I think it’s the right decision,” he said.

“We can’t rule out further restrictions and we will simply have to follow the behaviour of this on this virus in the weeks ahead to see whether we’ve done enough to protect society through winter or whether we need to do more.

“But certainly the last thing the Government wants is another severe series of restrictions in the build up to Christmas.”

When asked whether the Government was delaying the inevitable in terms of introducing further restrictions, the minister said “no, I hope not”.

Mr Coveney said the widespread use of antigen testing “makes sense but in the right setting”. He said the more available antigen testing is for people “the more it will be used”. He said “the lower the cost and easier it is to be accessed at the better”.

He added that the public would have “to wait and see what decisions the Government make” in terms of free antigen testing for all households.

He said there are 2.5 million people currently eligible for a Covid-19 booster shot and that “unfortunately there are too many people who are being given dates for a booster and not turning up for them”.

“People do need to realise in order to get through the winter safely, the booster campaign is really important and for it to work people need to be keen to get it and turn up for a date,” he said.

He added: “Of course we’ll get to the under 50s as well, I suspect in time Niac will be advising clearly on that.

“For now let’s focus on getting the 2.5 million people boosted in terms of vaccine protection, there’s close to 400,000 people already with boosters.”

Mr Coveney was speaking at the launch the of the Be Winter Ready Information Campaign 2021-2022.