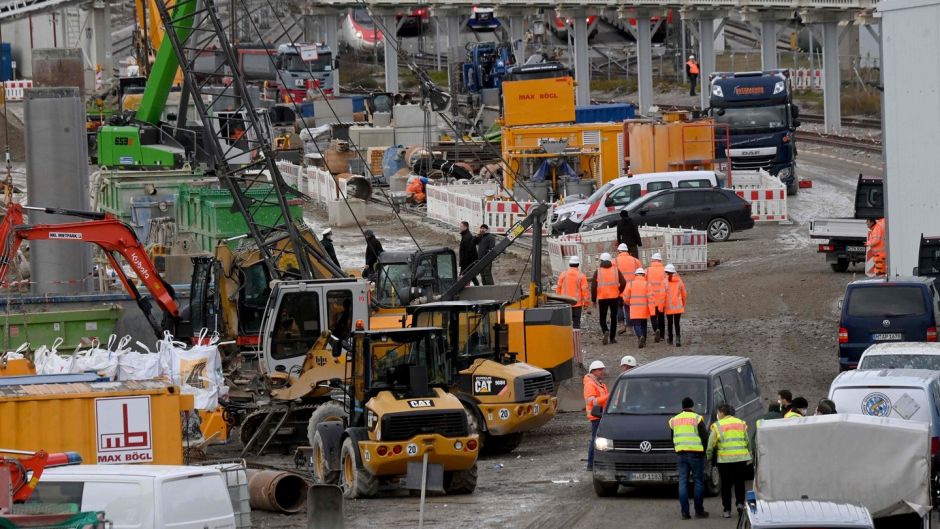 Four people have been injured in Munich after an old aircraft bomb exploded near the city’s main train station on Wednesday, German police said on Twitter.

The explosion happened during drilling work on a construction site, police said. The danger area had been cordoned off. “There is no danger outside this area,” police said.

Due to the explosion, rail travel to and from Donnersbergerbruecke station has been suspended, according to rail operator Deutsche Bahn. It was not clear when the rail traffic could resume.

More than 2,000 tonnes of live bombs and munitions are discovered each year in Germany, more than 70 years after the end of the second World War.

British and American warplanes pummelled the country with 1.5 million tonnes of bombs that killed 600,000 people. Officials estimate that 15 per cent of the bombs failed to explode, some burrowing 20 feet (six metres) deep.

Second World War bombs are regularly discovered during construction work in Germany and are usually defused by experts or destroyed in controlled explosions. However, there have been cases of deadly blasts in the past.

In 2012, a fireball lit up the sky in Munich, causing millions of euros of damage to 17 buildings, when authorities had to detonate a deteriorated 500-pound bomb.

In 2015, a 1,000-pound bomb ripped a three-metre-deep hole in a motorway near Offenbach in central Germany. – Reuters