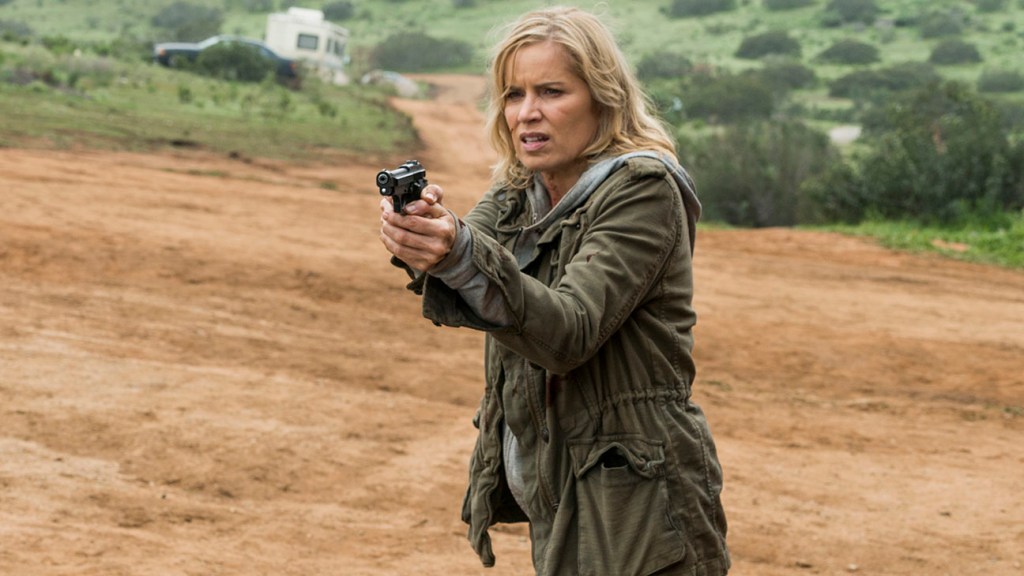 Fear the Walking Dead is returning in a big way following the close of the first half of its seventh season.

AMC on Sunday revealed that its Walking Dead prequel series has been renewed for an eighth season, with former leading lady Kim Dickens set to rejoin the show as a series regular. Dickens, whose Madison Clark was killed off three years ago in season four, will make her triumphant return to the zombie drama in the back half of season seven, which will return April 17.

“If there were a Mt. Deadmore, Kim Dickens’ face would be on it. Madison Clark is a foundational character to TWDU — heroic, complex, an everyperson who becomes a warrior and then a force of benevolence,” said Scott M. Gimple, content chief of The Walking Dead universe. “Kim Dickens’ raw talent, strength and brilliance will electrify TWDU once more and we couldn’t be luckier to have her back.”

Details surrounding Madison’s return were not immediately available. The character was last seen in season four’s midseason finale when she was presumed dead after seemingly sacrificing herself to save her family and friends from a horde of walkers. Dickens, in an interview with THR at the time of her departure, said leaving FTWD was not her choice but instead one made by showrunners Andrew Chambliss and Ian Goldberg, who took over for original series creator Dave Erickson. While her character’s death was never shown on-screen, Dickens, Chambliss, Goldberg and Talking Dead host Chris Hardwick all confirmed that Madison had perished. Still, the door was left open for Dickens to return to the series she said she was “disappointed” to be leaving.

The renewal for FTWD solidifies one corner of the Walking Dead universe as the flagship series prepares to end its run with the back half of its 11th and final season in 2022. Following the original drama’s conclusion, fan favorites Norman Reedus and Melissa McBride will transition to a Carol and Daryl spinoff series that will be joined by an episodic anthology, Tales of the Walking Dead, at AMC. Gimple, the former TWD showrunner, oversees the larger universe, which also includes the long-gestating Andrew Lincoln-led feature films. Walking Dead: World Beyond, originally designed as an ongoing drama but now considered a two-season limited series, concluded its run Sunday.

Here’s a teaser for the second half of season seven, which sadly does not include Dickens: