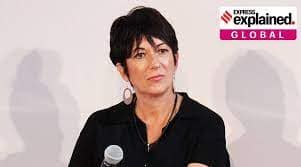 Ghislaine Maxwell, a British socialite and the former girlfriend of convicted sex offender and paedophile Jeffrey Epstein is undergoing trial at a federal district court in Manhattan that is expected to last about six weeks.

During this trial, the jury will hear testimonies from four witnesses who have claimed that they were sexually abused by Epstein when they were teenagers.

The trial is not being televised since it is taking place at a federal court and in such courts, the electronic media coverage of criminal proceedings has been prohibited under Rule 53 of the Federal Rule of Criminal Procedure, which was adopted in 1946.

Maxwell is accused of being part of a sex trafficking racket alongside Epstein and was arrested in July 2020 in the US where she had been hiding. Maxwell was in a relationship with billionaire financier Epstein in the 90s during which time she is alleged to have helped him to sexually exploit under aged girls.

She was arrested in July 2020 in the US where she had been hiding. Maxwell was in a relationship with billionaire Epstein during the 90s during which time she is alleged to have helped him to sexually exploit girls.

In March this year, two new US federal charges were filed against Maxwell, that of being a part of a sex trafficking conspiracy and sex trafficking of a minor. Before these two charges were added to the indictment, Maxwell already faced six more. She has so far denied all these charges and her lawyers argue that she is being made a scapegoat for crimes that Epstein committed.

What happened to Epstein?

In United States versus Jeffrey Epstein, his indictment said that over the course of many years he sexually exploited and abused dozens of minor girls at his homes in Manhattan, New York and Palm Beach, Florida, among other locations. Epstein was charged on two counts, of being a part and object of a sex trafficking conspiracy (count one) and sex trafficking (count two).

The indictment mentions that in order to “maintain and increase his supply of victims,” Epstein paid certain victims to recruit additional girls who could be similarly abused. “In this way, Epstein created a vast network of underage victims for him to sexually exploit in….”

In July 2019, 66-year-old Epstein was arrested on multiple charges including sex trafficking. A month later, he killed himself in his prison cell. On the day of his arrest, lewd photographs of girls were found in a safe inside one of Epstein’s houses raising questions about the Justice Department’s handling of his case, The New York Times reported.

What are the charges against Maxwell?

The indictment that was unsealed in July 2020, alleged that between 1994 through 1997, Maxwell and co-conspirator Epstein exploited girls as young as 14 years of age, “including by enticing them to travel and transporting them for the purpose of engaging in illegal sex acts.  As alleged, knowing that Epstein had a preference for young girls, Maxwell played a critical role in the grooming and abuse of minor victims that took place in locations including New York, Florida, and New Mexico.”

The indictment states that Maxwell facilitated Epstein’s access to minor victims by “inducing and enticing, and aiding and abetting the inducement and enticement of, multiple minor victims.”

The victims, the indictment states, were groomed and/or abused at multiple locations including a multi-story private residence on the Upper East Side of Manhattan, New York, an estate in Palm Beach, Florida, a ranch in New Mexico and his personal residence in London.

On the first day of trial, the prosecutor Lara Pomerantz presented evidence of how Maxwell helped Epstein to sexually abuse one accuser who is referred to as Jane. The New York Times reported that the prosecutor told the jurors that Jane met Epstein and Maxwell in 1994, during a “seemingly innocent” encounter that began at a picnic table.

On Tuesday, another accuser testified that Maxwell was often in the room when the witness and Epstein had sexual intercourse, the Associated Press reported.

On the fourth day of the trial, on Thursday, some expert witnesses were brought in who described how sexual abusers “groomed” their victims.

On the same day of the trial, 71-year-old Juan Alessi, who claims to be the property manager at Epstein’s Palm Beach residence from 1990 until 2002 read out from a 58-page document titled “Household Manual”, which consisted of rules for employees. The New York Times reported that among other rules in the manual one of them advised employees to, “try to anticipate the needs of Mr. Epstein, Ms. Maxwell and their guests,”. It also said that employees should “Remember, that you see nothing, hear nothing say nothing except to answer a question direct to you. Respect their privacy.”

On the fifth day, a green massage table that was seized from Epstein’s Florida residence in 2005 was unfolded in court and a witness was asked to identify it.