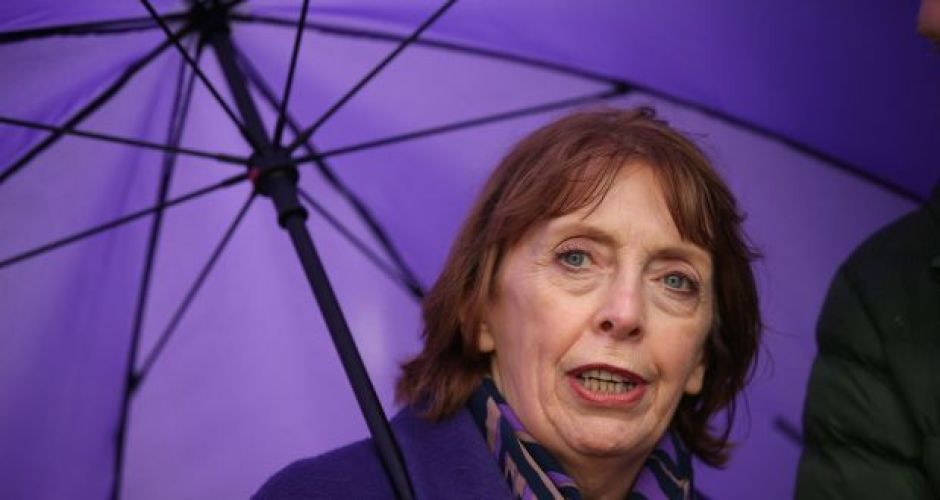 European human rights judges have dismissed a legal challenge to the presidential oath, in a setback for campaigners seeking to remove declarations made “in the presence of Almighty God” from the Constitution.

The presidential oath is set out in the Constitution and a ruling that it breached the European Convention on Human Rights would have prompted demands for a referendum to change it.

The European Court of Human Rights judgment follows a case taken by Social Democrats co-leader Róisín Shortall and four co-litigants. The Government had argued that the action should be thrown out because the litigants were not victimised by the constitutional requirement to make such declarations.

In a unanimous ruling on Thursday, the case was declared inadmissible by a seven-judge chamber of the court in Strasbourg. “The decision is final,” it said.

“The court, in declaring the applications inadmissible, found that the applicants had failed to provide reasonable and convincing evidence that they were at risk of being directly affected by these requirements and so could not claim to be victims of a violation of the Convention,” it added.

“The Convention did not permit applicants to complain about a provision of national law simply because they considered, without being directly affected by it, that it may contravene the Convention.

“The court had previously accepted that applicants might be potential victims in certain circumstances. But in order to claim to be a potential victim, an applicant had to produce reasonable and convincing evidence of the likelihood that a violation affecting them personally would occur; mere suspicion or conjecture was insufficient.”

At issue were clauses that require the president and members of the Council of State, which advises the president, to swear a declaration referring to “Almighty God” when taking office. Judges are required to make a similar oath.

In its submissions,the Government challenged both their status as litigants and the merits of their argument that the oaths violate their rights under the convention. Government lawyers also argued that the litigants’ rights to freedom of thought, conscience and religion were not breached.

The litigants said in their original application that they would have to make an oath “to which they have a conscientious objection” if elected president or were asked to join the Council of State.

The oaths have previously been questioned by the UN Human Rights Committee, which has called for changes while, in 1998, an Oireachtas committee recommended a choice of religious or non-religious declarations.

In an interview last May, President Michael D Higgins said he believed the religious oath he swore during his inauguration should be removed and replaced with an affirmation.

On the presidency, however, the court the class of persons who could claim to be victims of a requirement applicable only upon election to the highest office in the State had to be much narrower than other cases where it accepted a broad class of potential victims.

“Mr McConnell and Mr Norris had expressed no interest in seeking the Presidency in the future. The remaining applicants had expressed their interest in very general terms, but suggested that it would be pointless for them to seek election as they could not take up the office if elected,” the court said.

“None of the applicants had sought to establish that they had any realistic prospect of successfully seeking that office with reference to their own particular political circumstances and the requirements of the Constitution.”

On the Council of State, the court said litigants would have to show that appointment to that body was a realistic possibility in order to show they were directly affected.

“None of the applicants had been invited to serve or had claimed that such an appointment was under consideration. Mr Finlay and Mr Norris had made no submissions on this question,” it said.

“The remaining applicants had suggested that their current or future experience qualified them for service.

“However, given the entirely discretionary nature of such appointments, the Court considered their claims speculative. It followed that none of the applicants had produced reasonable and convincing evidence of the likelihood that a violation affecting any of them personally would occur as a result of this requirement.”

The litigants said however that such declarations “exclude conscientious non-Christians and non-believers, and those who do not wish to violate their consciences, from some of the most senior public offices in the country, unless they are willing to publicly declare and subscribe a formula which goes against their conscience”.

They noted that they were senior politicians and prominent members of civil society, saying they can legitimately and do aspire to being elected president or appointed to the Council of State. “There is a real personal risk for them that these requirements could prevent them from taking up office or force them to publicly declare allegiance against their conscience,” they said.

But the Government said case law meant the litigants cannot properly be regarded as “victims” of the alleged rights violation. “On this basis alone, the application must be deemed inadmissible.”

The litigants replied that they were indeed victims, saying claims that the oaths were “necessary in a democratic society” could not be taken seriously. They also accused the Government of hyperbole.