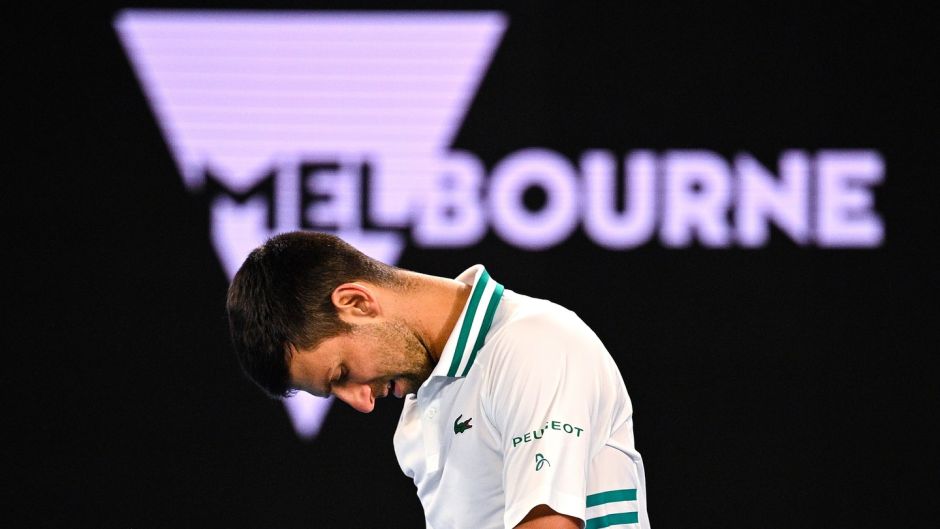 Every few years, a celebrity tries to test out the Australian border and in a nationalistic show of strength they are sent packing.

To the outside world it might seem from time to time that Australia chooses a celebrity to sacrifice at the altar of sovereignty. It must seem we make an example out of them, to scare everyone else off lying on their immigration forms and from smuggling forbidden, squashed fruit from the aeroplane meal into the country.

Things got a bit heated back in 2015 when Johnny Depp and Amber Heard sneaked their dogs into the island nation with a delicate ecosystem and a fondness for biosecurity. It escalated when the now deputy prime minister Barnaby Joyce threatened to have the dogs put down.

Depp and Heard ended up copping a fine, complying with procedures and were made to film a video apologising to Australia in a performance as natural and warm as a hostage proof of life tape.

Depp eventually turned around and said Joyce looked like he was “inbred with a tomato”, but only after he was safely back in the US, like the notable big man he is. Deputy PM Joyce recently shot back in trademark eloquence calling Depp a “deadshit” live on national breakfast television.

Citizens of other (more boring) countries might be dismayed that their national 2ic would trade verbal blows with Captain Jack Sparrow. Not Australians though, who are taught in high school that our economy and trade could be threatened by an outbreak caused from improperly imported fauna and flora. We said “Good onya Barnaby” for applying the rules fairly and squarely, regardless of stardom.

There was broad support for his actions at the time, just as there has for the cancellation of Novak Djokovic’s visa. There has been a lot of legal wrangling involving the Balkan bad boy of tennis, who is now to be deported, but for Australians the stoush was really over one thing: did he try to get around the rules?

There’s a lot of overseas analysis around the Australian public and the political will behind pursuing the case against the tennis star. After all “Djoker” (Jock-a), as he’s known here, is one of the biggest crowd-drawing players at the Australian Open, a banner event in a country where sport is the default religion. Why not let this one slide?

It’s being said that Australians just love rules. But I think this is over simplistic. What Australians actually love is fairness. In past surveys Australians have listed “fairness” and getting a “fair go” as their highest national values. There is an expectation that it doesn’t matter who the person is, they should be treated equally. We hate special treatment, particularly when it’s a public figure appearing to bend the rules the rest of us are following.

In Ireland sometimes there is the ‘ah here, sure look, go on ahead’ approach. This can be a publican letting patrons stay for a sneaky lock in, the bus driver letting you on when you don’t have correct change, but also includes say a person keeping their high-profile job after attending a certain golf function.

Rules in Ireland are bent for people we know, just as we give jobs, rentals and sometimes vaccines to people we know, in the name of “helping out”. This is seen as a positive thing by those receiving the favour, and “nepotism” by others.

Of course, Australia also has favouritism and nepotism but we like to think we don’t. Rules equate to fairness. Everybody has to be inconvenienced equally. Someone trying to get around rules when the rest of us are stuck following rules, even if they’re ones we hate, deserves to be punished.

Covid-19 has exacerbated the situation. No one is enjoying Covid rules. “I am doing the right thing, and it’s deprived me of joy just so this utter tiprat next to me can ignore them at will” is the angry thought rattling around in our rage filled brains.

Australians have not forgotten the 40,000 or so “stranded Aussies” who remained stuck overseas thanks to strict border controls during the pandemic. Those who did not get to see dying parents or hold their own children. A multi-millionaire tennis player seemingly looking for a loophole to hit a ball about for a few weeks because he refused to be vaccinated was never going to go down well.

When Djokovic stayed at the Park Hotel, the only people who might have been happy to see him were the asylum seekers who have been held there for years by the Australian Government while they await processing. They made signs and waved to TV cameras, hoping to draw attention to the “rules” keeping them locked up without an end in sight.