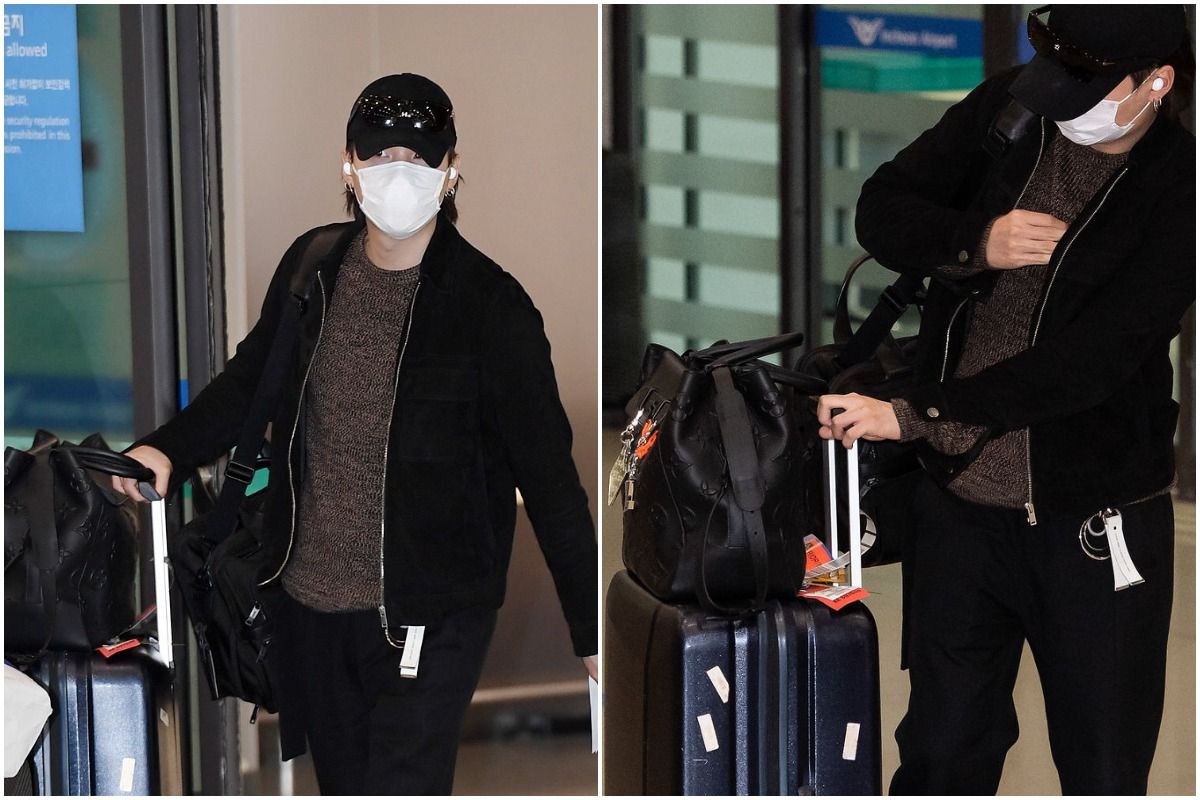 South Korea: What is it that BTS members are widely famous for apart from their music? Well, obviously their fashion sense. The K-pop singers never fail to step up their fashion game and set a style statement. Recently, BTS member Suga returned home in South Korea after a vacation post Permission To Dance on Stage in Los Angeles concert. The septet member was spotted at the airport on Thursday and will now have to undergo mandatory quarantine for a period of 14 days.Also Read – BTS V Aka Kim Taehyung Birthday: Indian ARMY Pledges To Break Stigma Around Menstruation

Suga’s airport look pictures are already going viral on social media. He looked stunning in his just a shirt, jacket and trousers combo. Needless to say, the singer looked dapper as always. However, apart from his outfit, what caught everyone’s attention was his Louis Vuitton bag. You will be surprised to know that this fashionable bag is also one most of the expensive bags. The LV Steamer Tote is worth Rs 4.2 lakh. Yes, you read it right. It is made from black cowhide leather and comes with an orange neon decorative chain. Also Read – BTS Jin Breaks PSY’s ‘Gangnam Style’ Record On YouTube, Do You Know How?

Suga has arrived back in South Korea 🇰🇷 pic.twitter.com/vQv9SFd09y

Meanwhile, on the work front, BTS boys are currently on a short break and are enjoying some quality time with their families at home. During this time, they will also be preparing for their upcoming album details about which have not been released yet. Moreover, the septet is also due to hold a mega concert in Seoul in March 2022. It is also titled ‘Permission To Dance On Stage’.

Follow this space for more updates related to BTS.