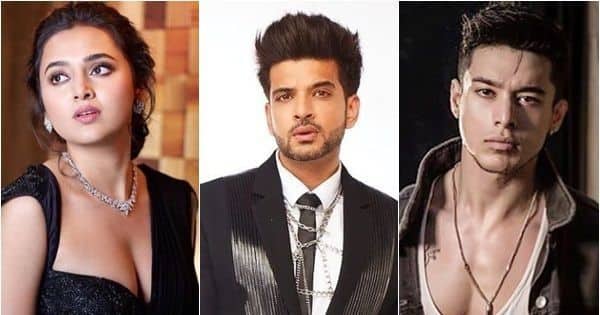 It all happened when the VIPs pushed the non-VIPs, who were performing the task peacefully, to fight for their survival and earn immunity and prize money in the game. The non-VIPs followed suit. However, their fights soon turned ugly. Also Read – Bigg Boss 15: Viewers remain divided over Pratik Sehajpal getting kicked by Karan Kundrra and Tejasswi Prakash accusing Pratik of touching girls inappropriately – read tweets

Pratik and Karan ended up getting physical where Pratik accused Karan of kicking him and started crying over the matter. Later, Nishant confronted Karan for his actions. Karan defended himself saying that he didn’t intend to kick Pratik and if he has, it would have happened by mistake. He said that he would apologise for that. But Pratik was not ready to buy his justification. Also Read – Bigg Boss 15, Day 62, Live Updates: Tejasswi Prakash accuses Pratik Sehajpal of touching girls inappropriately

Amid their argument, Tejasswi jumped to Karan’s defense and gave Pratik his own example. She stated that there have been times when he has touched girls inappropriately during the previous tasks. Pratik was taken aback by Tejasswi’s accusations and denied them.

Later, Rashami Desai told Tejasswi that it was wrong to give such an example in this particular situation. Tejasswi defended herself saying that she didn’t mean it the way it has come out to her. She said that she was just trying to make Pratik realise that such things can happen in the heat of the moment, just the way Karan might have accidentally kicked him.

While the Bigg Boss 15 house remained divided over the matter, we decided to ask the audience if they feel that the example given by Tejasswi was inappropriate or not.

Cast your vote below:

Keep watching this space for the latest updates on Bigg Boss 15.